Sisters Of Suffocation Will Haunt Your Dreams

This Dutch all-female death metal band released their unnerving but artistic music video for their single “Phobophobia.” Not familiar with them? It’s cool, I wasn’t either and man did I hit the jack pot with these ladies! Though this quartet has only been around since 2014, they’ve been making waves in European festivals and venues. If you’re expecting a cutesy shriek from the cherub faced Els Prins, man, are you in for a surprise. See for yourself and prepare to be amazed! Rest assured they will take 2017 by storm when they’ll release their debut album! SLAY KWEENS!

It’s hard to believe the iconic label will ring in their 35th birthday *sniff* they grow up too fast and their celebration won’t be some super adult party…whatever that is. The label will celebrate their anniversary with the help of Whitechapel, Goatwhore, Allegaeon and hometown heroes Cattle Decapitation. The tour kicks off February 21 and luckily for us, we don’t have to put ourselves in painfully awkward situations to prove our coolness and worthiness of that invite…yet, ‘cause we can buy our way in! Invitations to this metal party are available now right here, see ya there losers! 😉 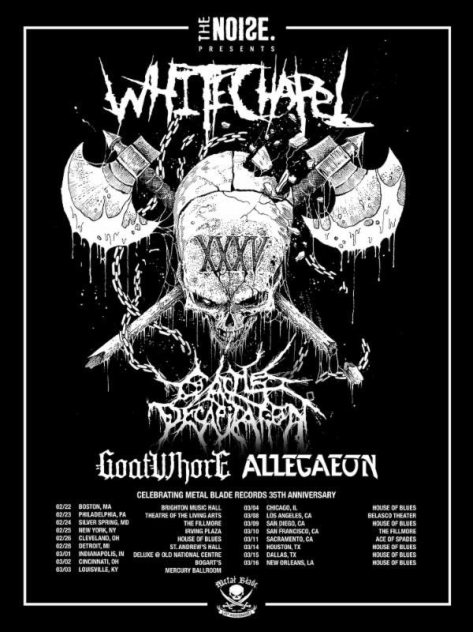 So are we still pitching in for the gift or what?

2017 seems to be jump starting our hopes with another interesting tour. Anthrax, Killswitch Engage and Devil Wears Prada will be trekking the U.S starting March 29, regardless of how you feel about the other two bands, keep in mind there’s a little know band known as ANTHRAX in the midst! Though there is no San Diego date (what a shocker *rolls eyes*) there are still plenty of tickets to other locations right hurrrrr. 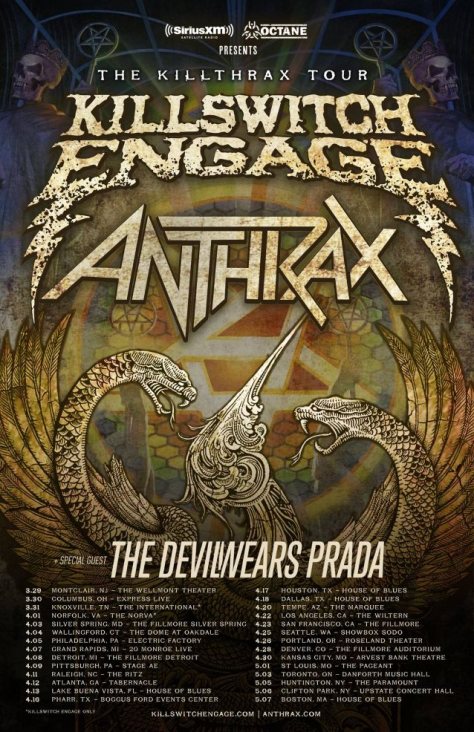 THIS IS AN ‘ACTUAL EVENT’

Because 2016 has been a pretty shitastic year for some, cyber revolutionary and OG cool kid Trent Reznor threw us a bone by announcing a Nine Inch Nails EP titles Not The Actual Events. Reznor along with his creative partner in crime, composer Atticus Ross (who is now an official member of NIN), will release the EP on Dec.23 for digital download and can be preordered for vinyl and physical copies in the NIN store.

“It’s an unfriendly, fairly impenetrable record that we needed to make,” said Reznor in a press release. “It’s an EP because that ended up being the proper length to tell that story.”

If Not The Actual Events is as unsettling and unfriendly as Reznor and Ross promise, not only will it be suitable and become the designated soundtrack to the chaotic times we’re living in, but it might also shush our insufferable whining about new NIN material.   Pre-order now!

Trent had mercy on our wicked soul!

The East Coast Will Have A Beach Day With Rammstein

Those lucky sons of guns will have everyone’s favorite German Industrial pyros for their ONLY East Coast date. Rammstein will treat the Big Apple to their notorious and OUTSTANDING live performances at the Jones Beach Theater on June 25. *Sniff* Though Ugh Metal’s invite got lost somewhere in the mail along with our matching g-string bikinis, we will still have to keep hope alive or just enjoy the memories from the previous Rammstein shows we’ve experienced. So to our East Coast(ians?), get on it!

Bust out that sunscreen and fire retardant, East Coast peeps!

These thrashers unleashed their second single and video “Satan Is Real,” and after indulging in this wicked story it only makes me more impatient. “Satan Is Real” tells a story as old as time you know, two innocent angel-faced girls frolicking in the countryside doing innocent countryside things till… well see for yourself, which I’m sure you will press that replay button afterwards.

Leave a Reply to The Trials of the New Year… and Yesteryear! | Not Another Metal Site Cancel reply