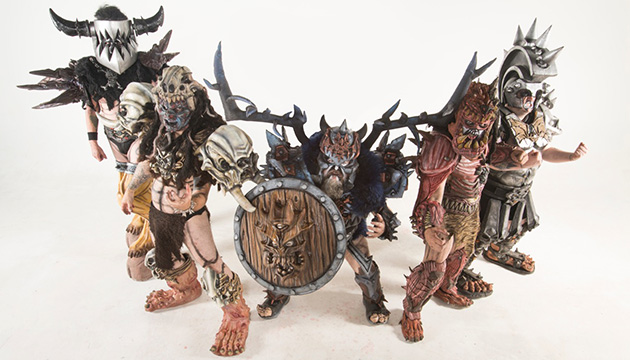 The earth cracked open and Gor-Gor rejoiced after CEO and founder of Metal Blade Records, Brian Slagel, announced GWAR has reunited to record a new album on May 24 on his Instagram account.

“Yes, GWAR has united itself to record yet another disasterpiece and it has been secretly in the writing phase in a crack house of seclusion in the north side of Chicago.” Slagel wrote on his Instagram account regarding the forthcoming album.

“A due date for the record has not been decided but the band is grinding out what may prove to be their most savage and bloodthirsty tracks to date.”

The 14th studio album will be a follow up to the 2013’s Battle Maximus, which was not only one of their most brutal albums to date but was also the last one front man and mastermind, Dave Brockie, recorded before his untimely death in 2014.

Michael Bishop, who stepped in as the new vocalist and gave life to the horned and udder decked wonder named Blothar, will have the chance to reestablish and really make this notorious band his own.

Bishop along with his scumdogs, debuted Blothar in Chicago’s Riot Fest music festival in 2014 and toured stateside, not only promoting the new character but also celebrating their 30th anniversary. Though GWAR kept the degenerate and fluid soaked party going, they paid tribute to Brockie’s Oderus Orungus character by adapting a new story line in their mythos.

Bishop is no stranger to the band by the way, and certainly did not need to be taught the delightfully perverted ropes of GWAR. The former bassist was a member of the band since 1988 before going on a personal hiatus after 1999 as the Roman- armored humanoid, “Beefcake the Mighty.”

With Blothar fully taking the reins in the upcoming album, it will surely have bohabs thrashing in the slave pit with joy, eagerly waiting to witness the new era in Scumdogia and Earth. Another thing that can be confirmed here at NAMS, is that not only are we stoked but we are so ready to ruin our only white shirts with questionable fluids.