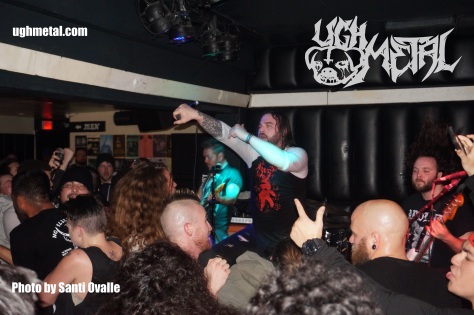 Hold on to your hats! Shit got crazy at the sold out Norma Jean show last month!

On March 10, we felt young again once we walked through Soda Bar’s entrance. We felt like we were taking a break from the madness of 2018 and stepped back to a simpler time like 2006.  It was a time where MySpace reigned supreme and when our angsty selves were cladded in studded everything. In 2018, we are older, sweatier, and angstier,have slightly improved our fashion sense and we were headed to the sold out Norma Jean show! Together we celebrated the 12th anniversary of their 2006 breakthrough Redeemer and what a night!

Starting off the night were metallers Greyhaven who were anything but gray. The quartet shined and stirred the venue with their rich fusion of prog and mathcore swag and performed mostly from their latest album Empty Black. They warmed us up and got our blood flowing in this rainy day with the impetuous “Mortality Rate” which is sure to hook any casual listener and fan alike. Did I also mention that we finally discovered who let the dogs out? Sneaky Greyhaven did! “10 Dogs…” to be exact. Oh, never mind they are not the culprits but their song “10 Dogs- Red Heaven” was another song that grabbed our attention much like a cuddly canine would. 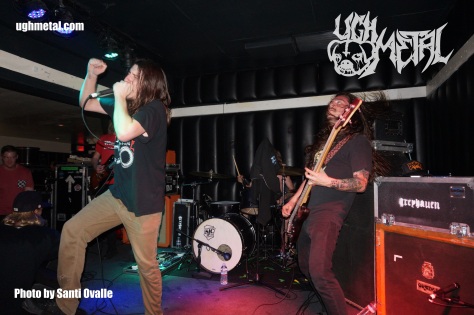 Brent Mills of Greyhaven ready to kick our asses.. by getting us in the feels.

Greyhaven wasn’t done winning over the crowd and let loose their hit “Echoes and Dust Pt.1” which was bubbling with an extra dosage of subtle pain we couldn’t help but drift to because we can save it and make its pain go away! The quartet kept things fresh and belted out “Blemish” which has more of that mathcore riff goodness from Nick Spencer. The band ended their set with that tamer “Echo and Dust Pt.II.” Brent Mills purged out pure and raw emotion which was made stronger with every erratic song and cut deeper with every note Spencer, bassist Johnny Muench and drummer Ethan Spray delivered. Greyhaven will leave you in awe and wonder and will have you asking yourself, where have they been your whole lives?!

Greyhaven hit the spot and were the perfect openers but if you thought this rainy night was gonna cool us down, you are wrong! The quintet from New Jersey known as Toothgrinder bit deep and hard, and next thing we knew, the catchy riffs in the beginning of “The Shadow” filled the dimly lit interior. Toothgrinder set in the mood with the “Phantom Armour” and Justin Matthews showcased more of his clean vocals in the haunting “Facing East From A Western Shore.” 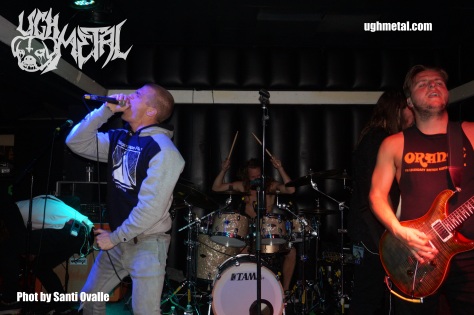 Toothgrinder gave us a much needed dosage of mathcore

We cruised on an unforgettable voyage with “Let It Ride” which had traces of that suave stoner rock influence. Their night ended the supernova called “Blue” which is also how we were feeling when it was their time to go. Toothgrinder gave the packed venue a show and performance they wouldn’t forget. The band’s intensity pulsed through the every body and corner with every passionate growl and thrust and Matthews delivered into every verse. What a treat!

Now don’t let the band name of the co-headliners fool you. Christian heavy metallers Gideon not only showed ignorant swine like ourselves how hard they can throw down but also reminded us that we shouldn’t let the name fool ya. Sure Gideon they may sound tame just like the quiet but friendly IT guy at your job and because of that you think you’re gonna chill out with us old folk but nope! Gideon is teeming with so much energy, vigor and attitude…gahhh! 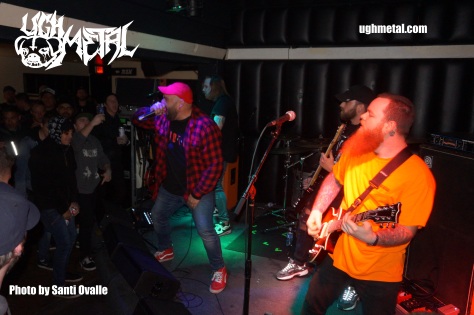 As soon as Tyler Riley strummed the first strings to “Cursed,” the entire area surrounding the stage came alive, godspeed. No pun intended. Things got more cray when the faster paced and super empowering “Survive” and “Freedom” was played… oh who am I kidding? The whole fucking set was a sweaty and beer soaked pit-tastic fest we couldn’t get enough of! Yes I have a the biggest shit eating grin as I am typing this.

Not one person was left unturned because the crowded venue became a mega pit once the quintet took began their set. When vocalist Daniel McWhorter screamed in to the mic “I want to see a fucking pit!” not only made us ignoramuses giggle because Christians curse too but because we knew we were gonna get slammed by the human rogue wave. BRING IT! Gideon wasn’t gonna leave quietly and poked the pit with “Bad Blood” and triumphantly concluded with “Champions.” Gideon wasn’t like anything we were anticipating and holy shit, you will believe! 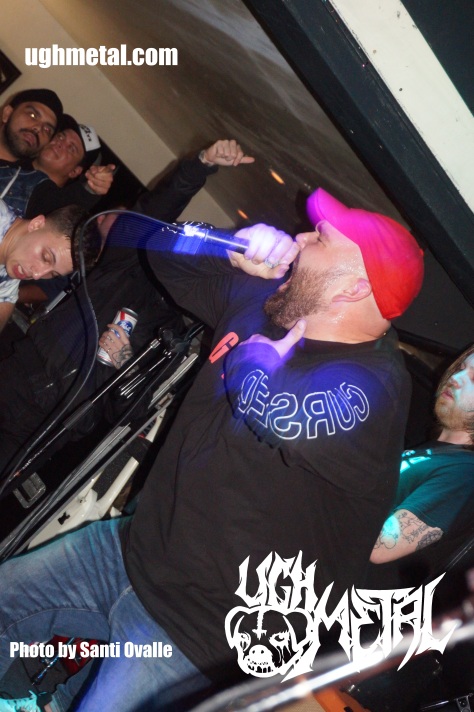 Now it was time for the men, the myth, the Redeemer, the Norma Jean! Vocalist Cory Brandan was taken aback to see the crowd go nuts and acknowledged that this was their first show in California and in San Diego in a little over a decade and that “we clearly don’t come to California enough.” Brandan said as he scanned the dense crowd with bewilderment. Norma Jean unleashed “A Temperamental Widow,” and the volatile “The End Of All Things Will Be Televised” and they treated us to the catchy and unmistakable classic “Songs Sound Much Sadder.”

Brandan not only tore the Soda Bar apart, but also revealed pieces of his core and shared a lot of personal anecdotes behind the meaning of some of the songs such as “Cemetery Like A Stage.” “Cemetery…” was about the vocalist’s dad’s untimely death which was caused by a drunk driver when he was just a child and the aftermath of his father’s death. Brandan also revealed how their hit “ A Small Spark Vs. A Great Forest” was about the depression he dealt with after his divorce, and “Amnesty Please” is about forgiveness and how it is a state of mind that “even though you don’t agree or like what that person did to you, you forgive them.” Shit got real. 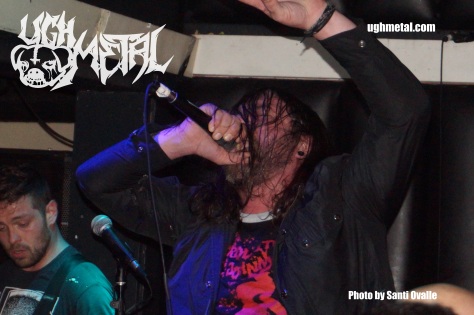 Norma Jean didn’t just get deep and made us cry a little and empowered us through the frontman’s personal tales, they delivered more classics from Redeemer such as “Blueprints For Future Homes” among more tracks from the breakthrough album. The band capped off their epic and sold out show by taking us way back to 2002’s Bless The Martyr And Kiss The Child titled “Memphis Will Be Laid to Waste.” We were blessed to be part of that ceremonious mess. We felt young, alive and ansgty, and hoping for more Norma Jean in the future.