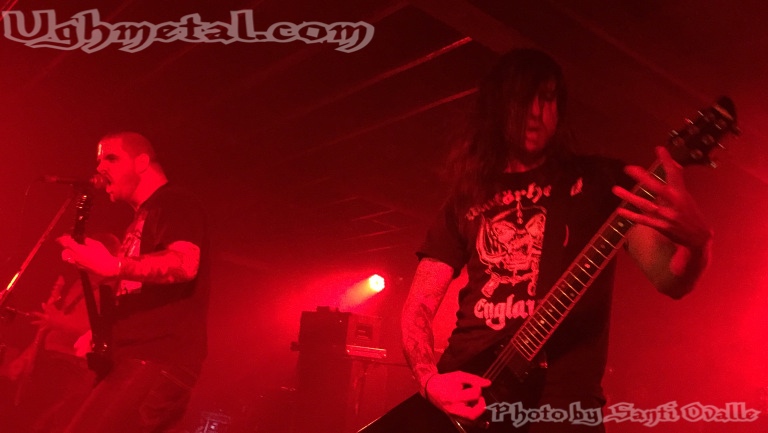 The Klown may not have gotten the chance to go to San Diego Comic Con’s exclusive preview night on July 20 and view all the sick art work, but he did get to bask in the melodic and ultra violent art courtesy of the critically acclaimed badasses, Nails.

The night kicked off  at Brick By Brick with LA-based punk band, Nomads. Lead vocalist, Michael (seriously, that’s what he actually goes by. You know… Like Cher) wastes no time and make sure you got your money’s worth. Once that music starts, Michael heads towards the jugular belting out thick and aggressive vocals which perfectly compliment the rapid and rabid tempo. Nomads tripled their set treating fans to a longer session of pure aggression. 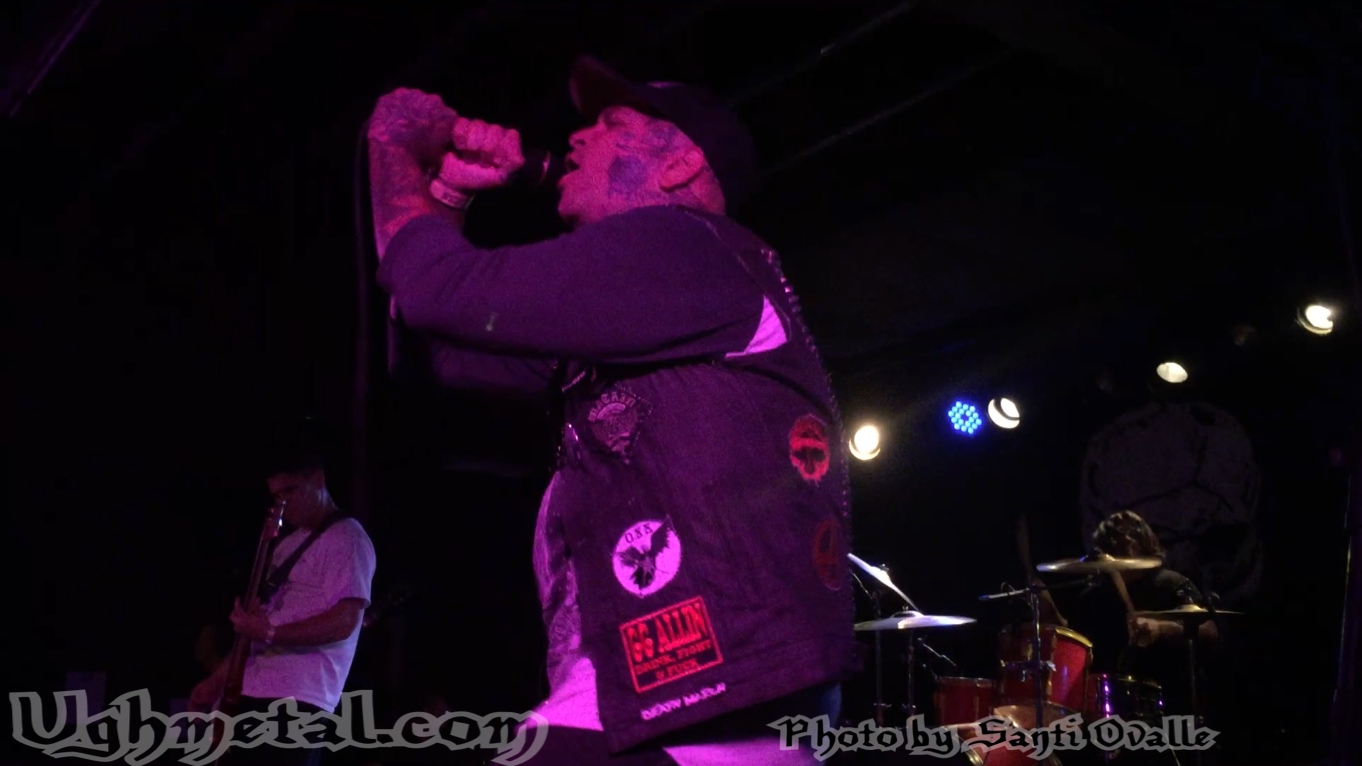 Michael showing off his harsh vocal in his tattooed glory

Freedom… From Detroit, as they repeated throughout the night, took over soon after Nomads cause ‘Mericuh. Basic patriotism and politics aside, Freedom represented what an underground following with a passionate fan base can truly bring to the table. Stirring the pot was a bit of an understatement when Freedom performed throughout the night. Since their inception in 2013, the quintet has been spreading their message of anti-establishment and straight edge lifestyle and doing a damn good job of it.

Detroit punkers, Freedom, reminding audiences at the Brick why THE MAN sucks.

Front man Denis Halilovic’s vocals are as piercing and powerful as his beliefs. The band kicked off befittingly with “My Stance”. Before going into “Military Issues,” Halilovic connected with the audience by discussing a personal experience regarding youth frustration and misguidance, which according to him is a vulnerability military recruiters often take advantage of. If you didn’t start off with energy Halilovic has plenty of energy to lend and to get a pit started.

Terrorizer LA capitalized on the energy Freedom left behind kicking off with “After World Obliteration”. As soon as front man Oscar Garcia took the stage, the crowds became more energized, moshing to their hearts content. Throughout the night, the quartet from Los Angeles proceeded to kick ass and remind everyone why they have their legendary status.

By the time “World Downfall” finished, the crowd was ready to tear down the Brick. Although it was not the original Terrorizer line-up their brutal set surely made the late and original founder, Jesse Pintado incredibly proud from wherever he and Pennywise may be watching.

As TLA cleared the stage, Nails took the stage much later than their previous performers building up the anticipation. Despite that, it didn’t stop those in attendance from crowding the stage awaiting the boys from Oxnard. When Nails finally took the stage, Metal God and co-owner of the Brick, Phil Sgrosso took the stage filling as their touring guitarist along with vocalist Todd Jones and bassist John Gianelli.

Once they started playing, electricity surged throughout the Brick and apparently out of the breakers causing their hit “You Will Never Be One Of Us” to be cut short. “Friend Of Mine” was immediately played to make up for lost time soon after the breakers were up and running. Throughout the night Jones reminded everyone why Nails was at the top of the ultraviolent hierarchy.

Although Jones isn’t much of a talker, just like an ambitious king at the throne he was all business. Whether you had the energy or an excess of it, the adrenaline soaked night was out of this world. Just like the second to last song ended up suggesting, “They Come Crawling Back” indeed.