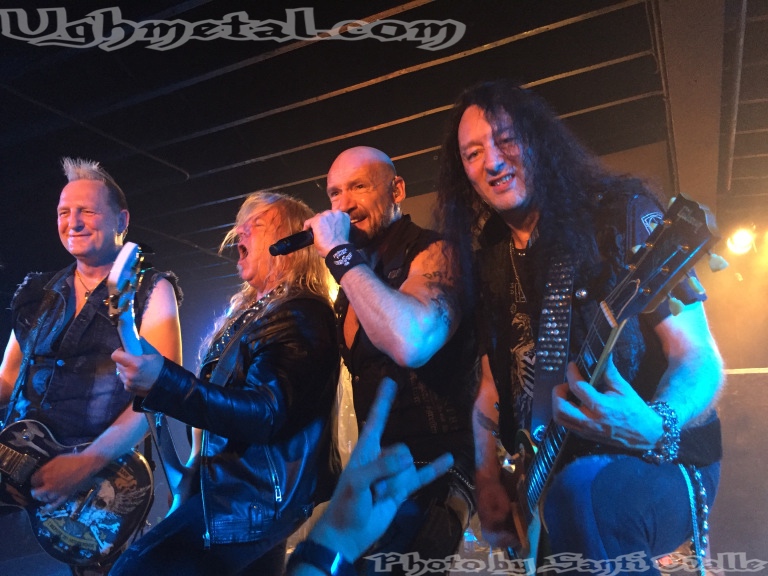 Primal Fear melting the faces off of audiences with their raw power.

On May 14, 2016, Primal Fear and Luca Turulli’s Rhapsody headlined a North American tour and came to San Diego’s Brick by Brick. It was a night in which two titans of power metal would share the stage took away a fear to those who’ve never attended a power metal show.

The show started with local power metal band Sentinel. With the house getting crowded, this local quintet lived up to the genre and powered up the crowd, the pit was filled with head banging, horns up and cheers the frontman commanded. 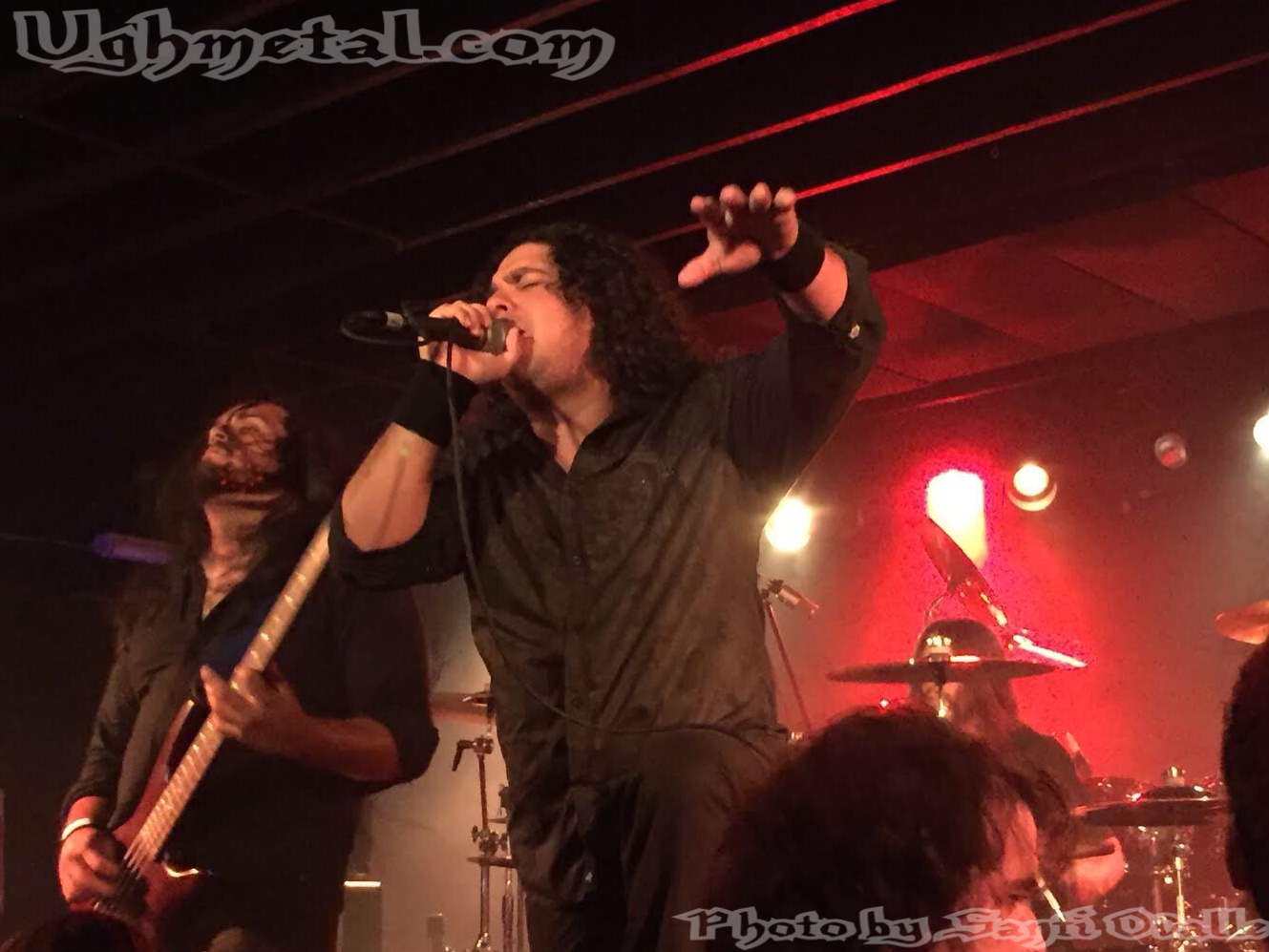 Danny H working his pipes, while Sal R joins him with his bass and feels the music (left to right: Sal R, Danny H and (in the far back behind Danny) drummer Rory Packard)

Sentinel’s sounded like the early years of the band Firewind, minus the keyboards. The overall sound was a smooth fusion of melodic and powerful vocals intertwined with powerful electric guitars and bass strums, and lest we forget the potent bass and snare drums.

The following act was Helsott, who is no stranger to the venue. The up and coming quintet from Menifee, California is a great fix for those craving Viking metal. Eric Dow’s vocals along with David Watson’s guitar shreds are reminiscent to that of Johan Hegg and Olavi Mikonnen from Amon Amarth. 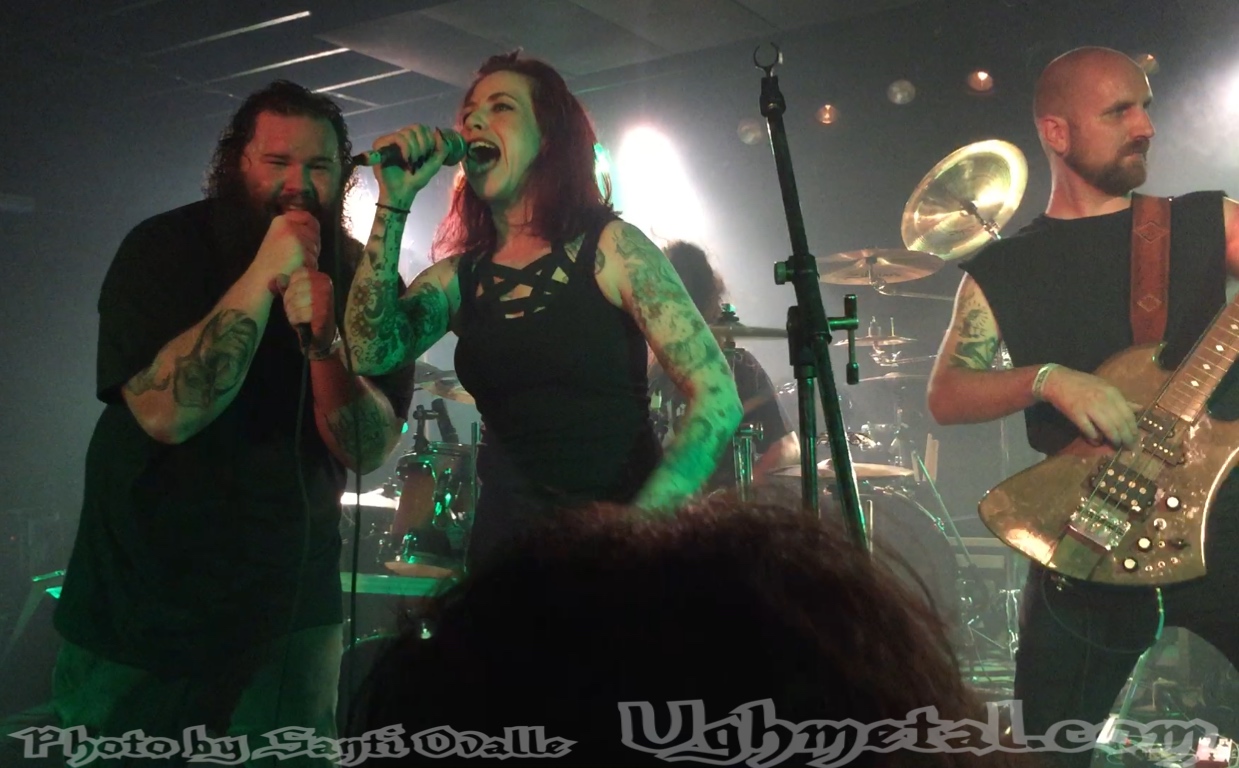 Helsott also showcased their soft, melodic side and paired with a female and a high-tenor male vocalist. Although the quintet’s time was cut short that night, the band made the most of their performance. Despite the crowd’s obvious disappointment, Dow displayed his showmanship and lighting up the mood with some quick crowd interaction and even caught himself a pair of granny panties thrown by an eager fan before closing out with their hit song, “Agememnon”.

The third and seasoned band came none other than from our sister city in Baja California, who call themselves Alchemy. These Tijuana titans combine thrash and power metal and can keep the crowd going. Alchemy front man, Carlos Yeme, took command of the stage with his piercing vocals while guitarists Flavio Gijon and Johnathan Duran guitar licks resembled Judas Priest. Though they were also cut short they had audiences ready for the co-headliners to swoop in for the audible kill. 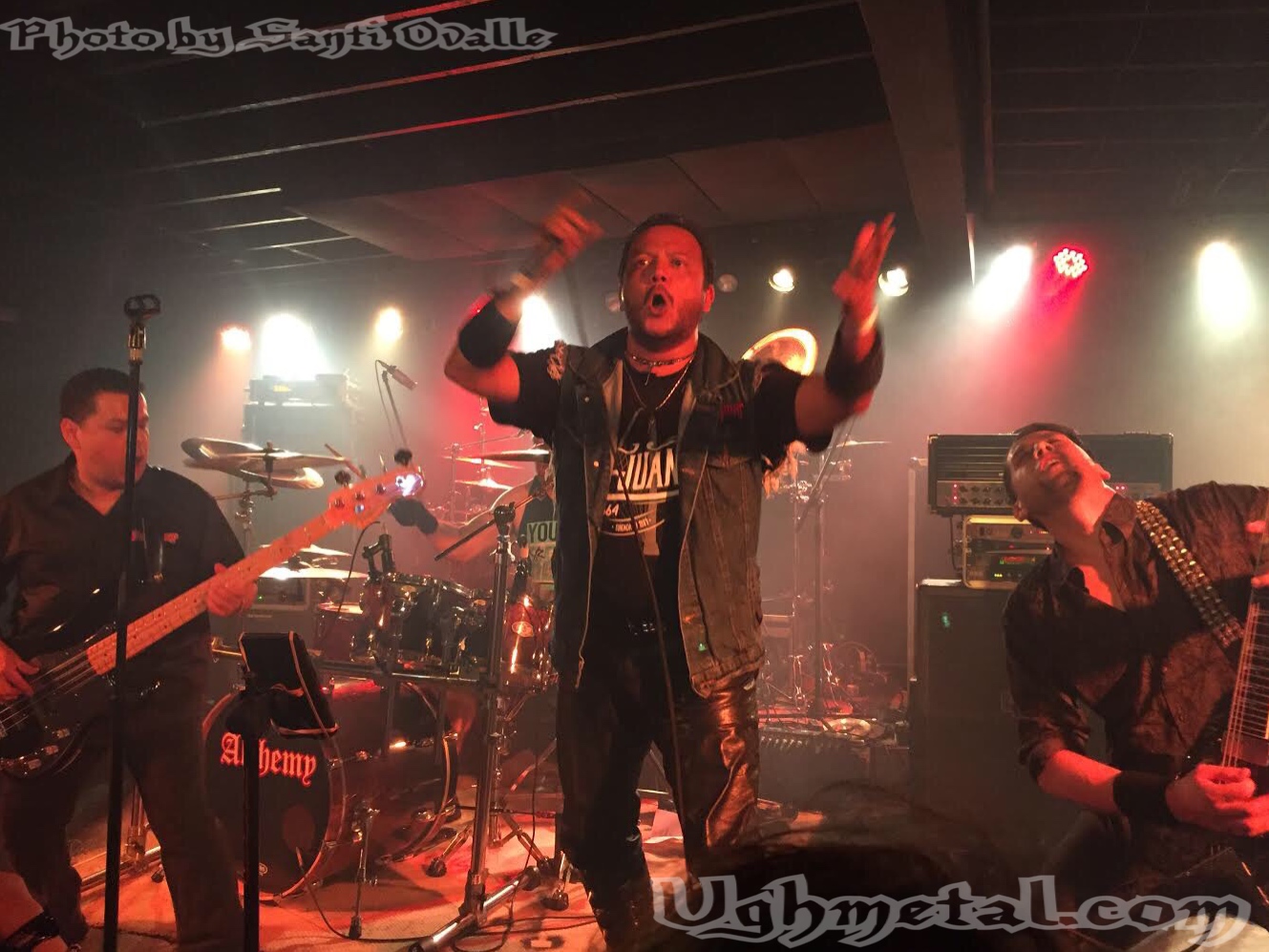 Alchemy showing some presence and showmanship for the show. (from left to right: bassist Eduardo Costa, frontman Carlos Yeme and guitarist Johnathan Duran)

An overture audio playback set the mood before Luca Turulli’s Rhapsody blew audiences away without much effort in the packed venue. Everyone in attendance sang along with lead vocalist Alessandro Conti throughout his performance. As the night festivities continued, these musicians kept their entertaining momentum going from their interactions with each other to individual solos from the members and the theatrics. 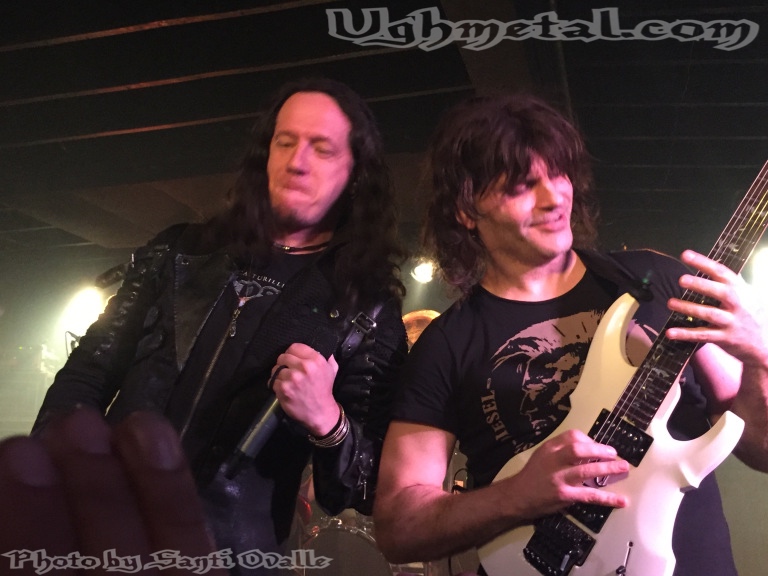 Alessandro and, the man himself, Luca Turulli basking in the moment

Turulli’s musicianship served as a friendly reminder of his legendary status. Once their performance ended, it left everyone clamoring for more. In an act of humility and love, the band treated fans with brief interactions ranging from autographs, quick photo ops before bowing out.

The final piece of the night was one of Germany’s power metal icons, Primal Fear. The band conjures nostalgia due to their Judas Priest-like sound. Though lead singer Ralf Scheepers and his band mates started out in a Judas Priest cover band, they came into their own. 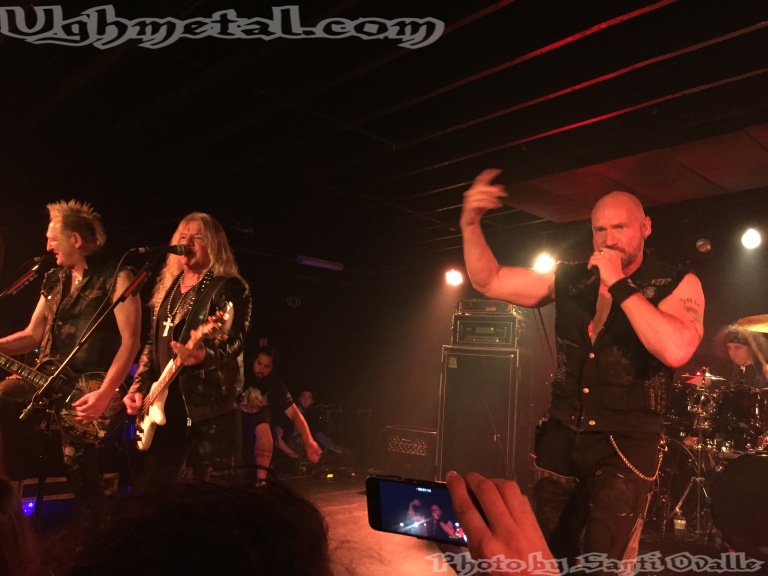 The fast paced and upbeat rhythm was a trip down memory lane, gathering both the young and old by the stage to partake in this electric performance. Staying true to the glam metal element, rhythm guitarist Tom Naumann invited two women in the audience to be his back up vocalists.

Primal Fear sang hits such as “Iron Fist in Velvet Gloves,” “Angel in Black,” and from their new album “Rulebreaker”. Backup vocalist and bassist Matt Sinner along with Scheepers thanked the passionate fans before closing with the arena worthy “Metal is Forever” sending fans in to another frenzy.