Burn The Priest Shine With Their Homage

Who can possibly top Burn The Priest’s 20th birthday celebration? Though this special revival, titled Legion XX released via Epic Records, is not a new album, it is one that shows the tremendous versatility the members of Lamb Of God possess. Randy Blythe keeps on proving over and over that he is a man of many talents and can make any song he desires his own. Ever heard a Melvins song metal-afied? Or Blythe channeling out his inner Al Jourgensen for his version of “ Jesus Built My Hotrod”? How about Bad Brains’s “I Against I?” All in metal?!

I won’t spend too much time gushing about this baby but I will mention that we had the pleasure of seeing their cover of “Inherit The Earth,” originally performed by Seattle thrashers The Accused, on Slayer’s kick off tour on May 10 because I just had to put it out into the universe because the monkey on my back is telling me to tell you we’re working on it and it was awesome live too! *Takes Deep breaths* 20 has never sounded so damn good! Listen to this album on Spotify and get your copy here.

Lords Of Acid Dazzle In ‘Kink’

Who said the party was over? It has just begun and Lords Of Acid have the right album we need to get things going titled Pretty In Kink which slithered its way out of Metropolis Records. Founder and party extraordinaire Praga Khan and his partners in crime launched this crowdfunded album a little over two years ago and concocted an album that was made for the fans, by the fans and they have weaved a naughty little…well let’s slip under the covers and see what’s beneath the surface.

Lords Of Acid will immediately whip you with a wave of nostalgia as they kick off their album with the heartbreak anthem “Break Me” a la Our Little Secret, but fret not! The Lords are here for a good time and will pick you right up and seduce you with the slow and sensual dance anthem “Before The Night Is Over,” and the sexy “Ma Fille De Joie,” oooh parle français pour moi chérie! Enjoy my incoherent French, gotta stay classy. Ok I guess I’ll stick to what I know best and sing in Spanglish and roll up to the next block party while bumping up “We Are The Freaks.”

I must admit I couldn’t get enough of “Goldfinger” because this dance-alicious and sultry track certainly ain’t like the rest of the tracks. Marieke “Little Bloody Marie” Bresseleers continues to showcase her impressive vocals and belts out a soulful chorus which blends in superbly with the synth, James Bond does not stand a chance and neither could I! WHOO WEE! If a smooth talking fuk boi was a song “What The Fuck!,” and “So Goddamn Good” would be it. “What The Fuck” is infectious and douchey but you want to win its approval whereas “So Goddamn Good” will seduce your pants off assuming you have any on at this point. You will want to win them over because you can change him and oh god get ahold of yourself! I’m ok! I’m Ok! *Breathes heavily*

This album had a little bit of everything and was a sexy melodic buffet. If you are still hot and bothered over Lords Of Acid’s breakthroughs Voodoo-U and Our Little Secret this album will satisfy you and then some. Little Bloody Marie is a titan in this record and is a wonderful addition to this group and they still fresh and ready for round 20! Listen to the album on Spotify and get your copy here and read all the dirty detail Praga Khan spilled to us here! And to give you an idea how the Lords party, read about our Lucky 13 bash with last year here! 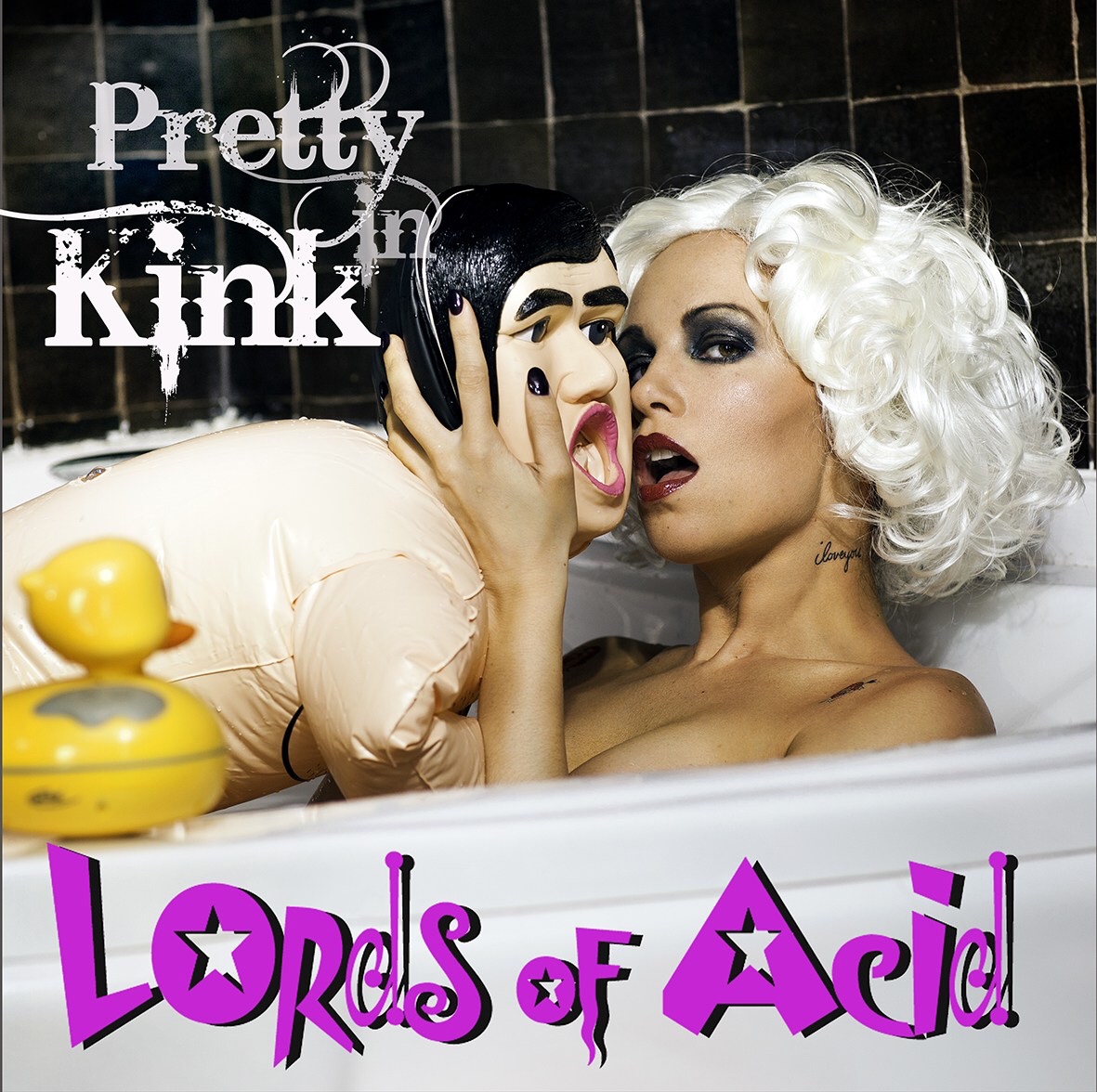 Amorphis Slay With ‘Queen Of Time’

Amorphis have descended with their latest titled Queen Of Time via Nuclear Blast Records and is ready to reign over us. The Finnish metallers roll out the red carpet for us to receive this sovereign that is sure to create a buzz in the metal world, quite literally because “The Bee” slowly builds a buzz before rhythm guitarist Tomi Koivusaari unleashes his thunderous roar.

“Message In The Amber” (which won me over) and “Heart Of The Giant” have a nice little appearance from the good ol’ lute, a choir and a very dramatic overtone that can be featured in your next larp gathering. Something that the J-Ohster must mention is that Esa Halopainen knew how to expertly blend his melodious riffs with the lute, and the keyboards, and added extra grandeur to Tomi Joutsen’s clean vocals in “Message…”.Bellisimo! Another song the J-Ohster enjoyed was “Pyres On The Coast,” this track conveys the anguish in this tragic overtone with every chord and vocal note.

Listeners will feel the aching fury and intensity of the “Daughter Of Hate,” also the brief saxophone samples peppered within the track only add to her smoldering presence, needless to say she left quite the impression on me. Get in loser, we’re getting on the magic carpet to be “Amongst Stars” which has the potency to levitate you once you hear Joutsen and guest vocalist Anneke van Giersbergen. “Wrong Direction” will feel just right especially once you hear that bitchin’ intro led by keyboardist Santeri Kallio and is led by Joutsen with Koivusaari’s growls echoing in the background. This album is quite the adventure that will take you on fantastic voyage and is one that will please many especially if you are hungry for adventure. Listen to the album on Spotify and get your copy here.

We Lap Up  At The Gates’s Latest

At The Gates have busted open the metaphorical gate of anticipation to bring to us their latest and greatest titled To Drink From The Night Itself which was released via Century Media Records.This particular album will have you lapping up from its special dark potion and here to set the mood is the title track which is just as stark and elusive as the title, Tomas Lindberg’s vocals add an extra drop of dark mystique.

The ”Daggers of Black Haze” shines with a elegant and haunting piano intro before guitarist Jonas Stålhammar and drummer Adrian Erlandsson leads us into this dark tale. “Daggers..” also features a nice guest appearance from the acoustic guitar midway through the song which is complimented with the cello. “Palace of Lepers” is the place you want to go and worship these legendary lads because its dripping with their musical prowess. Praise them!

“The Chasm” marches in with a steady pace, carefully crafting its great buildup that is amplified by Stålhammar. If you have trouble falling asleep, “In Nameless Sleep” would be the soundtrack to your battle of the REM kind because At The Gates mimics this debacle. Just when you thought you’ve got ahold of Morpheus’s tail and think you’re about to FINALLY knock out and disappear into the sweet release of sleep, just like the smooth instrumentals, before Lindberg’s growls embodies your jolt of sudden energy thus keeping you up till 5 AM!

“The Mirror Black” is a great way to close this oddyssey because it conveys a sense of closure with the slower tempo AND you gotta love the brief orchestral piece and brief choir sample that pop in for the grand finale on the final minute of this track. At The Gates delivers a record that has a great balance between poise and grit and is an album fans and casual listeners will devour. You can listen to the album on Spotify and get your copy here!