The Klown’s Note: Greetings and salutations to all. If you keep up with us, sorry for the sudden disappearing act and happy holidays, to you! For some, the holidays are over but for others like my Hispanic peeps that keep up with us, as of this writing, Feliz Dia de los Reyes Magos! On that note, here are some late stocking stuffers for the metal heads celebrating who are looking for some tunes to give or for themselves! But first let me introduce the last batch of 2016 releases that stood out before kicking it to the curb! Before the Klown forgets, Ugh Metal would like to send out their condolences to the victims and the surviving members of the shooting that occurred in Ft. Lauderdale. That should not be a way to ring in the New Year.

If you thought that after the randomness the legendary Trent Reznor had going on after his marriage and The Social Network composition was the end of Nine Inch Nails, you were dead wrong! I believe we told you about it *cough* read it *cough* before we went MIA and our unfaithful hellhounds posted our faces on the back of milk cartons. The latest EP is titled Not The Actual Events and It’s much like their last studio album Hesitation Marks and this EP is reminiscent of that album. After the introductory track “Branches/Bones,” “Dear World” follows soon after and begins resonates with the Year Zero album. All the while, the rest of the EP relives the days of an earlier NIN of the Pretty Hate Machine and The Downward Spiral variety. This was the perfect Christmas gift for the most hardcore NIN fan and those who love industrial to death!

6 out of 6, Reznor’s return was the actual event!

The Texan death metal quintet emerged and gave us quite a surprise in 2016 by releasing Human Disposal Syndicate, nearly 13 years after their debut studio album! Nevertheless, these gents provided the Klown with a soundtrack to flip off 2016 and ring in 2017. The track “Human Disposal Syndicate” gets shit stirred and going with some extra added brutality. Listening to this album had yours truly thinking that he was listening to a brutal version of The Black Dahlia Murder. “A Hopeless Concentration of Carnal Misery” and “Mongolian Death Worm,” however, made the Klown feel as he was listening to a slightly heavier version of Blood Red Throne. Lastly, “Searching Through the Carcass of a Hooker” and “A Beast in the Field” sounded like Kronos. This album was pretty awesome and proves that patience truly is a virtue and has its rewards. The Klown highly recommends this album to diehard fans of the brutal death metal subgenre and for those looking for a band with a Cannibal Corpse motif in the term of artwork and song titles!

6 out 6, Just Another 6 Away from Being A Complete Demon 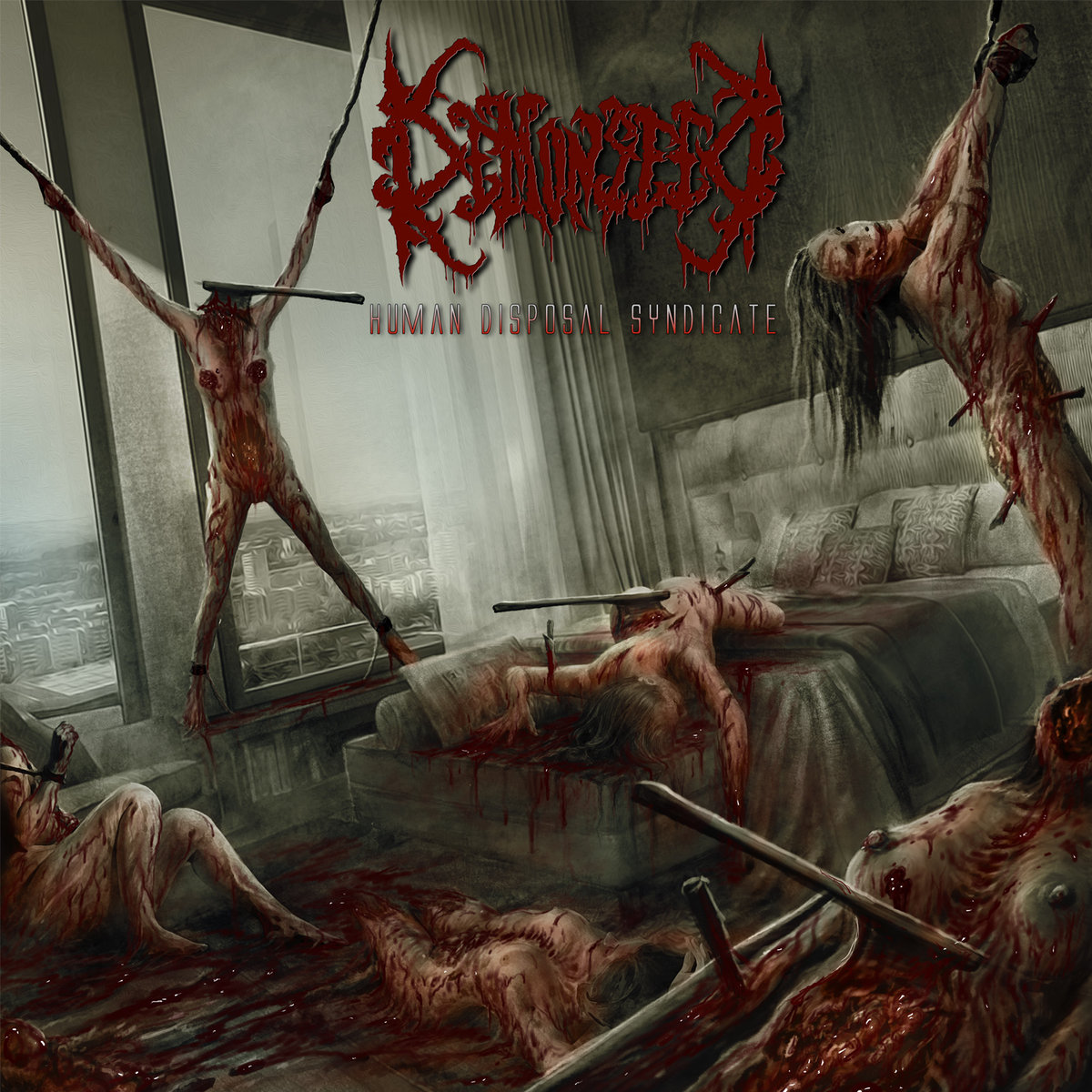 Kvltists will rejoice! The Black Metal trio from Mexico City known as Mordskog has finally damned blessed us with a debut titled XIII. Die hard Black Metal fans are definitely going to love this album, especially because the trio bring out the spirit of old school Black Metal with thrash metal overtones, which is rather evident in their track “Mors Est Vitae Essentia.” If you are learning Spanish or thought that Black Metal was only done in English, German or in Scandinavian dialects, this trio incorporates some Spanish in their music much like their track “Nascentes Morimur.” Don’t worry though, it’s really more Spanglish than actual Spanish. Mordskog was slowly making rounds in the metal scene and quietly rose especially among the growing Latin American Black Metal scene and they delivered. Although the album is still a little rough, it was a good start for these Chilangos to start making some noise. Expect these guys to really surprise us with a strong breakthrough album in the near future!

5 out 6, Good Luck Keeping These Mexicans Behind The Border, President Trump!

Dropkick Murphys Kick Off The New Year with their 9th Album

The Klown is aware that the Dropkick Murphys are Celtic Punk but it wouldn’t be the first punk band we have featured. In fact, it wouldn’t be the first non-metal album review that the Klown has done! So without further ado, these Irishmen from the infamous Quincey neighborhood of Boston have returned and have bestowed on us 11 Short Stories of Pain & Glory. The Klown had no idea it was coming out and he was stoked when he found it. Although this album is not The Warrior’s Code nor Signed and Sealed in Blood, it’s still good and revisits more of the Oi scene at times especially with “Until The Next Time” and was an overall great traditional Celtic punk rock album. For a lot of us, the tracks “Blood,” “Sandlot,” “First Class Loser” and “Paying My Way” hit home and is a soundtrack for the youngins that are aging and present… like yours truly! It’s a fun album to get your hands on and, for the cynics in all of us, a reminder of what the mood of 2017 might be after inauguration day.

6 out of 6, This Album Has Been Shipped Out Of Boston!

Dropkick Murphys are back with a vengeance!