Black Stone Cherry Release a Buffer for the Blues

The hard rock band known as Black Stone Cherry has released a brand new EP titled Black to Blue through Mascot Records. Before the Klown continues he shall note that he will not rate this album. The Klown is aware that there are metalheads who have this band as a guilty pleasure. Much like the reason that the Klown didn’t rate the current Motorhead album, this album is a compilation album.

Unlike most hard rock and metal albums, BSC decided to cover the blues. This six-track EP covers four of the Chicago Blues legends and give it a hard rock twist in one album. For those who are wondering who those legends are Howlin’ Wolf, Albert King, Freddy King and Muddy Waters. Check it out and get your copy here.

Team Klown has done it again! He found a new independent act in the form of the Norwegian quartet known as Transyuggoth. This Norwegian independent in true black metal fashion has released their first album 3rd Deich as a cassette. If you were an 80’s and 90’s kid or have checked out some commemorative re-releases then that relic should be familiar. #shitwereold.

The debut starts off with “Drive Me Into Oblivion” which, right off the bat, will have you experiencing some raw black metal like the type you would experience at a live show. Frontman Eirick Seeberg will have you descend into madness with screaming vocals that are further enhanced with the use of the autotune for the reverberant, echo effects.

The cassette gets a little more interesting when Seeberg decides to unleash his inner wolf with “Eraser” by howling like a wolf in between the lyrics. Brings in the spirit of the banshee and ghosts with “You Shall Know Me” and “The Universe” which the Klown shall note had some doom metal influences in it. The latter really featured Torgeir Berg’s bass and Seeberg having a bit of spoken-word for a chorus. The cassette caps off strongly with the “Natteskrekk Og Undre” which only picks ups the pace but also had Fredrik Falk’s erratic guitar play from beginning to end.

Although this album was rather enjoyable, not much stood out. However, the Klown keeps in mind that this is still their first album and you can’t win ’em on the first try. This debutant may have been released in cassette but fret not peeps they are also on an up-to-date format as well. The band has this available, digitally, on Bandcamp. Keep an eye open on these gents they may yet still surprise us. 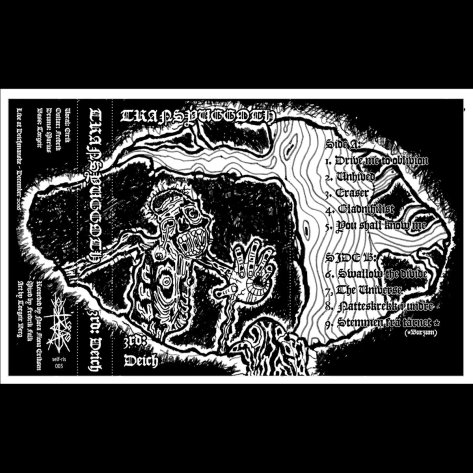 36 Crazyfists Light Up their Return

The Alaskan quartet known as 36 Crazyfists have returned after a 2-year hiatus. Their seventh installment Lanterns has officially been released through Spinefarm Records and brings back a bit of their brand of metalcore. The album kicks off with “Death Eater” which can be described as a song that was rather ear-friendly and featured more of a hard rock element. Brock Lindow’s vocals, although not really too harsh, were melodic and infectious.

The same can be said about “Sleepsick.” The band really shines melodically in “Wars To Walk Away From” and “Bandage for Promise” which the Klown wouldn’t be surprised if the song ends up playing on public access radio someday (sorry, Sirius XM you can’t have all the fun!).

The band really features pure metalcore with “Better to Burn,”“Below The Grave” and “Old Gold” are just but a few that will appease that craving. The band sings one for the ladies and the gentle bros who want a bit of oomph with their ballad in “Sea and Smoke.” But if you’re really craving an actual ballad, the 36 has you covered with “Where Revenge Ends.”

The 36 cap off their albums with “Dark Corners” which was not only  a slow dark ballad but felt like a fit ending for the album. This was rather enjoyable and wasn’t what the Klown was expecting. The Klown still isn’t much of a fan of the 36C but can respect a band that produced a mature album. Most importantly keep an ear open because this album seemed to have been made radio friendly. You can get your copy of the album here.

5 out of 6, Jackie Chan Still Approves

Act Of Defiance Return to Cause More Damage

The metal supergroup known as Act Of Defiance has returned with their awaited sophomore album. Their latest installment Old Scars, New Wounds has been released through Metal Blade Records and it is a must-listen. The album begins with “M.I.A.” which opens with Chris Broderick’s legendary riffs and quickly followed up by Shawn Drover’s killer drumming.

Those names should sound familiar especially if you are a Megadeth fan. The song is followed up with “Molten Core” and really features some aggressive harsh vocals from Henry Derek and a sweet solo from Broderick. Derek should also be familiar to you if you have kept up with us in the past  and if you used to keep up with him in his Thrown Into Exile days.

Speaking of which, the Act ventures into metalcore territory similar to Thrown Into Exile with “Overexposure” and has Broderick accompanying Derek vocally. “Reborn,”“Conspiracy of the Gods” and “Another Killing Spree” feature an aggressive take with some growling vocal action and a very awesome guitar solo from Broderick. The album caps off just how it began with “Rise of Rebellion” but more aggressive in terms of vocals and instrumentals and featured more of Broderick’s solos.

This album was pretty enjoyable and will definitely pique your interest into a much more serious version of metalcore. For Megadeth fans, it definitely shows a new side of Broderick and Drover for those who couldn’t picture them doing something other than thrash. You can check this album out here and hear what the Klown just wrote about.

5 out of 6, Defies Metal Norms 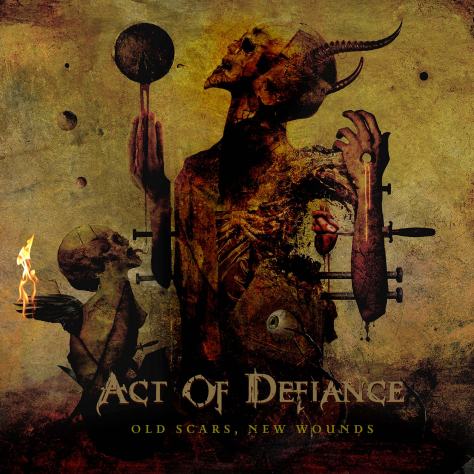 Kadavar Will Mellow Out Your Roughest of Times

The German stoner/psychedelic trio has returned with their 4th album Rough Times. Ever since Nuclear Blast Records has been featuring these gents in adverts, the Klown had to check what all the noise was about. The album begins with “Rough Times” which starts off real heavy with Simon “Dragon” Bouteloup’s heavy, distorted bass and continues this trip with a bit of recorder flute and sax in the mix and Christoph “Lupus” Lindemann’s mesmerizing fading vocals.

Boutelop’s bass once again takes the helm and takes you on a detour away from Mars with “Into the Wormhole.” Lindemann then returns to the spotlight but this time with his guitar for “Skeleton Blues” and will take you back to a time where Jimmy Hendrix reigned supreme.

Kadavar continue to dish out the psychedelic sounds of the 70’s hard rock style with  “Vampires”and features a really cool guitar solo from Lindemann. The trio will continue to trip you out with “Tribulation Nation” as they add some sci fi style effects to their psychedelic hard rock brand, and is very melodic, and features some backup chorus work from Bouteloup. The trio takes a page from the Beatles with “You Found the Best In Me” and try to sound similar to The Beatles in terms of style and harmony.

The album finishes this trip with another tame track that features new age elements and French with “A L’ombre Du Temps,” and has Lindemann doing more of a spoken word chant that was atmospheric and experimental. This album was a bit of a curveball in term that the Klown didn’t know what to expect outta this installment. Despite that it was rather enjoyable, it was not the Klown’s stein of beer. Naysayers and fans can acquire this album here and enjoy till their hearts content. 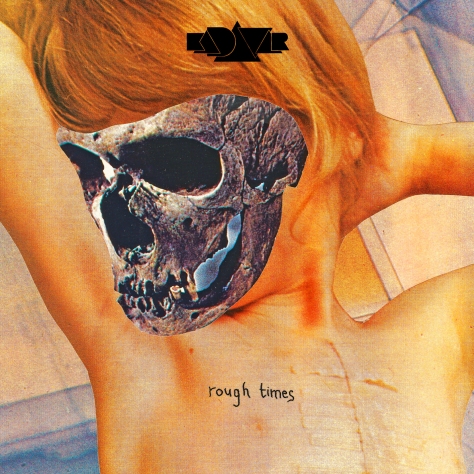