Butcher Babies Release ‘Lilith’ On To The World

These feisty metal vixens are ready to slay with their latest album Lilith released via Century Media Records. In their single and title track “Lilith,” Heidi Shepherd and Carla Harvey give us the best of both worlds by interchanging from clean to grit! The songstresses continue to offer these two flavors in “Headspin” and “The Huntsman” which the J-Ohster really enjoyed.

“Burn the Straw Man” paints the sky red with their no clean vocals and “#iwokeuplikethis” takes off its makeup and shows you its bare face with fangs and all. Another song the J-Ohster must admit that stuck with her is “Oceana” not just because Shepherd and Harvey continue to play with their vocals but also because Henry Flury’s devious riffs show off the popular groove metal style riffs from the late 90’s.

Lilith is a different kind of fiend where the quintet lets loose and makes you feel their need for adventure. This album may not be up in your grill and burgers like the previous releases, but it is still a subtly volatile and misunderstood album. It will pique your interest and will make you wonder what these gals and gents will want to experiment with next. Check out the album on Spotify and get you copy here. 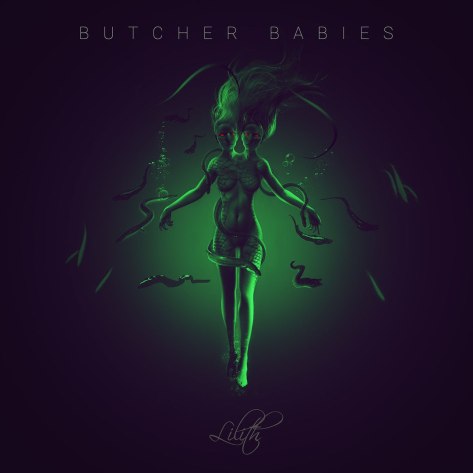 Pink Mass Puts Out With ‘Necrosexual’

The bondage clad quintet are not only heating up New Jersey, they are warming us up for their latest installment Necrosexual released independently. Before Pink Mass spits out their pervy grindcore, they invoke all that is unholy with the synthy intro before they flay you with their opening track “Hedonist’s Lament.” Oh yes, it’s gonna be that kind of party once you are done listening to this opening track.

“Extinction of the Breeders” not only is rough and will make you tumble, but it has a nice little breakdown from Van Lee Tassels the Obnoxious. Wut? You want more roughness? Pink Mass will whip you stupid with the erratic “Vorefied” and “Altar of Domination” which sounds like an ultra aggressive Midnight track with a mixture of guttural growls.

“F.O.A.D N.S.B.M” has another great breakdown and…who am I kidding, the riffs in this song in general are boner/lady boner inducing because it will make you scared and aroused at the same time. Pink Mass will satisfy your dirty grindcore needs, no games nor emotional unavailability for once! Get your copy in Bandcamp and lock this mother down here!

Winds Of Plague Slay With ‘Blood of My Enemy’

The deathcore quintet are back to drench the masses with blood and deathcore and more metal stuff with their latest Blood of My Enemy which was released via Entertainment One Records. The album starts off with “Nameless Walker” where there is quite a bit of harmonic influences mixed with the brutality. Another great track is “Kings Of Carnage” which will strike fear in to your enemies especially when Johnny Plague warns you that this is a warning and he’s about to lose control…You don’t mess with Johnny man!

The title track “Blood of My Enemy” is a battle song that develops a sense of tragedy with keyboardist Adrienne Cowan lending her vocals for the chorus. “5150” picks up the pace and Johnny Plague opens a can of whoop ass! ”Either Way You Lose” will make you feel like a winner because you will be singing that to your enemies the moment you are turning them in to wieners!

Winds Of Plague have been a fascinating band to observe and have certainly changed since their debut Decimate The Weak. Winds Of Plague have continued to follow the symphonic path and are ready to show the masses that they are not just another deathcore band, the J-Ohster feels like they’ve come into their own. Listen to this album in Spotify and get your copy here! 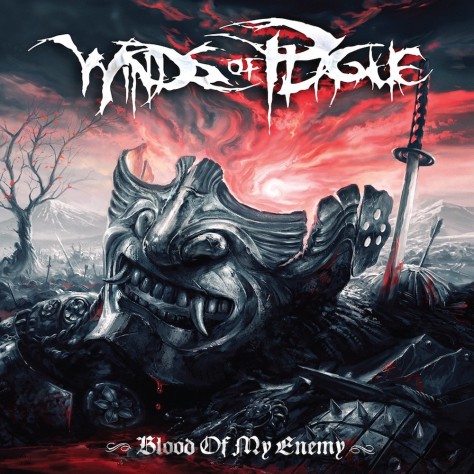 Time to crack open a fresh cask of black metal from the Slovakian quartet known as Malokarpatan. These kvlt warlocks have conjured up their sophomore album Nordkarpatenland via Invictus Records. Warning! Malokarpatan will lure listeners with instrumental intros that seem to have been crafted for a Disney fairy tale before it flips into a song that can be featured in a Grimm fairy tale. Hang on to your cloaks lil red riding hoods, ‘cause we’re going balls in!

“Ked svetlonosi započnú v močariskách nazeleno svícit (When will-o-the-wisps begin to shine green in the bogs)” adds traces of doom and some stoner rock riffs to this black metal blend and the mixture is divine. Malokarpatan continue to be the masters of curve balls by kicking off some of their most brutal tracks with upbeat, orchestra, folk intros before giving you the good black metal stuff which is best heard in “V hustej hore na stračích nohách striga chalupu svoju ukrýva (Within the dense woods, the witch is hiding her hut on magpie legs),” which is the J-Ohster’s favorite track, and “Na horárni ve folvarku šafári rohatý jáger (A horned jaeger governs the gamekeeper’s lodge in the uplands).”

Malokarpatan continue to mix other influences such as the old school heavy metal riffs courtesy of guitarist HV and if you’re dying to see what I mean check out “V okresném rybníku hastrman už po stáročá vyčína (In the provincial pond, a water goblin has been raging for centuries),” and “Ked gazdovi upeleší sa v chyži nezdoba zmok (When a bugger kobold settles down in the farmer’s household).”

Temnohor’s vocals will give you a serious case of nostalgia and will remind listeners of the late 90’s wave of Norwegian black metal. Malokarpatan weaved together a black metal fairy tale that is darker than the charcoal ice cream all the kids and foodies are raving about but much like that ice cream, it is very flavorful and teeming with so many great melodies and stories. And this is only their second full length album y’all! But these seasoned metallers know just what they’re doing. Fall in to this rabbit hole and listen to it at Bandcamp and get your copy here!

6 out of 6, We’re headed to ‘Nordkarpatenland’

Melodic extreme metallers Ne Obliviscaris will team up to lure you in to the other side and make you submerge yourself in to their latest Urn released via Season of Mist Records. The quintet from down under continue to let the symphonic and extreme elements dominate this album. If you are not butt hurt about their ongoing direction, good! We can continue.

Tim Charles will soften any blow with his beautiful clean vocals and his faithful fiddle especially in the first track “Libera, Pt.I: Saturnine Spheres” and “Intra Venus” which has a balanced amount of growls from Marc “Xenoyr” Campbell. Another nice song where you can really appreciate the high notes from Charles is in “Urn, Pt.I: And Within the Void We Are Breathless.” Random note, the J-Ohster appreciated the Apocalyptica like opening violin in “Urn, PtII..”

Like yours truly mentioned in the beginning, Ne Obliviscaris continue to fully embrace the melodic side of things and it continues to work for them. Also these songs may not be predominantly “Prog” but they were sure to keep the length of Prog songs meaning 6+ minute songs so that you can enjoy these tracks longer. Not every track is pure melody and mellowness because lead guitarist Benjamin Baret, guitarist Matt Klavins, and Xenoyr team up and sprinkle some great riffs and growls into this batch. You can listen to Urn in its entirety on Spotify now and get your copy here!