Note from the Klown: First off, let me start with some late congratulatory wishes. For my peeps that have served and are currently serving our country, happy Veterans Day! Thank you for serving and for your sacrifice. As for the peeps who happen to be living in the UK and its Commonwealths as well as Belgium, Serbia and France, Happy Armistice Day.

Secondly, Election Day just happened and in case you’ve been living under a rock, it has been a shit storm. Allow the Klown to give you words of comfort, not just as a minority but as a constituent of the losing side, don’t get your granny panties in a bunch and see it as a lesson to get involved when it should matter the most.

Thirdly and most importantly, let’s do what we all do best as metalheads, keep on headbanging and elect our genre to continue its successful platform: metal for the masses! Friday was Ugh Metal’s Election Day and the results are in for these new elected candidates!

Remember watching The Simpsons when “Lisa the Vegetarian,” aired? Luckily for you, the Klown does! In that same episode, Homer stumbles upon Ned Flanders’ family reunion filled with multiple Flanders’ from different nationalities and with near identical appearances. Although we never see them again in the show, in real life, however, we do and are hi-dilly-hoed in to their neighborhood. The Phoenician quintet known as Okilly Dokilly has released their studio debut album, Howdilly Doodilly. If you haven’t heard their current single “White Wine Spritzer” here’s a chance for you to catch up. The gods of heavy Nedal also treat us to a cover of The Offspring’s “Gone Away,” which they titled “Nothing At All.” The Neds also play around with “Coming ‘Round the Mountain” and insert lyrics befitting a GWAR album with the track titled “Panic Room.” This album was definitely a treat and entertaining AF.

6 out of 6, Did a volcano erupt in candy land, because I just caught me a flying red hot? 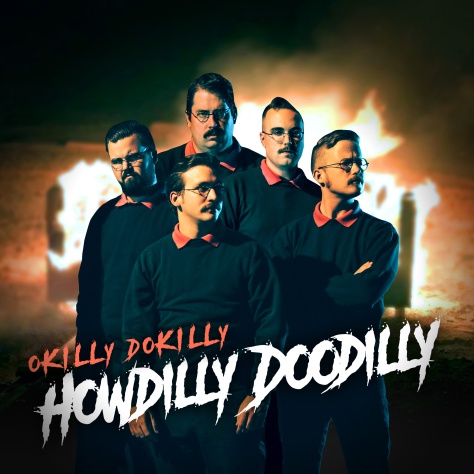 Say No To Rituals And Yes To A ‘Superjoint’

After a 13 year hiatus, legendary frontman Phil Anselmo and Down drummer Jimmy Bower, have reunited to reform Superjoint… without the ritual. Unlike Down, this current installment of Superjoint has more elements of Down mixed with hardcore. This is mostly at the beginning, with “Today and Tomorrow” and “Burning the Blanket.”  The Groove Metal subgenre stands out almost immediately with the tracks “Ruin You” and “Sociopathic Herd Dilusion.” And then there’s sludge being ever present with “Circling the Drain,” “Clickbait” and “Asshole.” This album is all over the place. You won’t have to go through several bands for three genres. If you’re wondering how Pantera would have been had they experimented some more, this is a good peek in to that alternate reality. This album is good and it shows that Anselmo and Bower are only getting started… once again.

Puffin’ that Superjoint had us  “Caught in The Gear of Application”

Sirenia Surface With An Eighth Wonder

The Norwegian Symphonic Power Metal band along with their goddess of the sea, Emmanuelle Zoldan is back with Dim Days of Dolor. Just to let you know, the first track not only will set you a back but justify my statement because the title of it is “Goddess of the Sea.” The tracks “Dim Days of Dolor,” “12th Hour” and “Elusive Sun” will immediately remind you why Sirenia is another successful female fronted symphonic power metal group among a very few. Tarja, Nightwish and Within Temptation are certainly not the only gifted sirens in the testosterone heavy metal sea and Zoldan not only rises to the task, she shines. The tracks that are incredibly similar in that fashion are “Cloud Nine” and “Ashes to Ashes.” Zoldan and her crew gives us two and English and a French version of the tear jerking ballad “Aeon’s Embrace.” This album was good and demonstrates that this operatic but dark female fronted band is on a roll. After all, coming up with a good album a little under two years isn’t always possible. 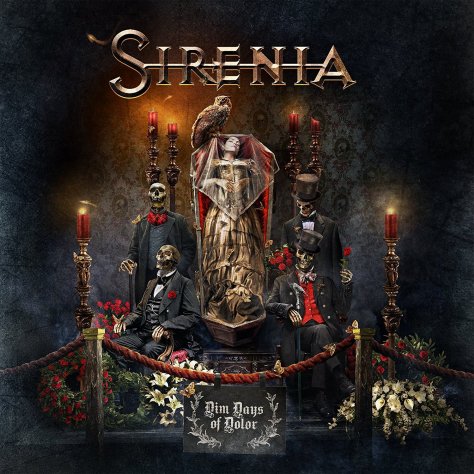 Sirenia’s newest album is anything but ‘Dim’

In Flames’ Is Victorious In Battles

Remember the how last week’s review contained Swedes from Gothenburg? Regarding that, the ex-Dark Tranquility front man, Anders Fridén and lead guitarist Björn Gelotte are back a little over two years later with Battles. This album has generated quite a bit of steam and understandably so, this album has put out four singles. One of those singles is “The End” which is not only very melodic and dark but it does hold a universal and open-ended question, “the words you say with your last breath… Do you think about the end?” As the Klown heard this album, he would like to say that aside from the previous track mentioned, his other favorites are “Before I Fall” and “Through My Eyes.” Both of those tracks are great and motivational just like the album itself and can also be therapeutic. In Flames play around with electronic elements in this album and is sure to slightly pump you up. Whether you’re in a shitty mood, having a shitastic day or going through something deeper, you can play this album and trust Fridén and Gelotte to have your back in your personal Battles.

In Flames effortlessly wins all the ‘Battles’