Honorable Mention: The Adicts Show Us A Different Side In Latest

ANOTHER record that slipped our buttery fingers! GAH! And a high profile one too! How could we neglect our favorite jokers?! That’s okay, we make mistakes or 10 but we are only human, humans that couldn’t wait for this record. The Adicts debut their latest  And It Was So! on Nov.17 under the the Nuclear Blast Records. That’s right, you’d know if you kept up with the interwebs. How was that so? Well not even Nuclear Blast could resist these jolly fellows.

The Adicts start this newest festivity with their hit “Picture The Scene,” which never gets old and show you their classic cheery selves. The super catchy “If You Want It” will give you the dancing bug while “Fucked Up World,” and “Gimme Something To Do” crank up the subtle punky angst they’re so great at!

These seasoned eccentric punkers take a different turn in the lovelorn wild child “Love Sick Baby” and “Deja Vu” because they possess a slow burning sensual 80’s Iggy Pop vibe. Keith “Monkey” Warren switches his upbeat vocals to a devious baritone who is just waiting to wow you a different way. It was a very pleasant surprise, more of this!   And It Was So! is more brazen than their previous albums which gives me more reasons to be exciting…especially because they use naughty words! Tee hee! Listen to the whole album on Spotify and get your copy here! 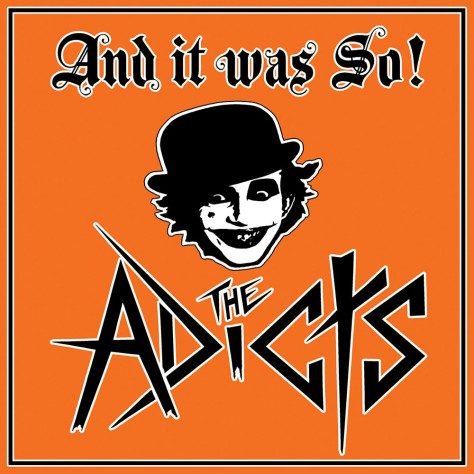 **NOW BACK TO YOUR REGULAR PRE-GAMING!..I mean programming**

Winter is finally here! And she has brought to us Taake’s highly anticipated album Kong Vinter which was released via Dark Essence Records. Just ‘cause us ‘Mericans didn’t have the chance to see the legendary Taake this year, it doesn’t mean they were sitting around doing nothing. Aside from hitting up the rest of the world, they were hard at work producing this jewel. But does this jewel shine brightly? Buckle up, ‘cause here we go!

Taake will induce nostalgia to trves with that raw intro riff in “Sverdets Vei” which is followed by their first single “Inntrenger,” which is still exciting to hear and will make you dive head first in to the rest of this album. “Huset I Havet” will give you all the right chills and thrills not just because of the atmospheric howling and growling but because Hoest creates a barrage of instrumentals that blend in so great, they’ll blow you away.

The predominantly instrumental “Maanebrent” treads carefully allowing Hoest’s musical prowess to shine brighter than the metaphorical sunlit snow. If you are still itching for the best of all worlds, the final 10 minute track “Fra Bjoergegrend Mot Glemselen” is the cure. It has everything you see, black metal magick, snow, Hoest’s signature vocals and an amazing musical ensemble.

Taake’s latest gets in touch with a magick much stronger than Santa and Merlin’s. Kong Vinter reaches out for an ancient spirituality and it achieves this transcendence that includes the listener. Am I being too extra? You be the judge and listen to the album on Spotify and you if you decide to pledge your sword for Taake, get your copy here. 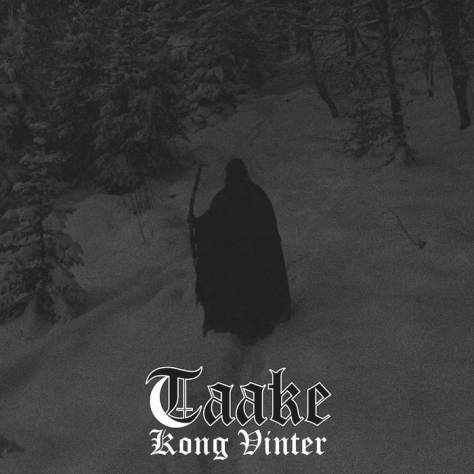 Wulfband are back to rescue you from perpetual boredom with their sophomore album Revolter released via Progress Productions. Wulfband will release die hunden and get your blood pumping with “Lass Die Hunden Los” and their hit “Full Frontal Sabotage.” Theses naughty lil rascals will make you wanna join this dance party AND liven up your dance party.

Wha? You can’t be tired already! This dancy revolution is just getting started and I guarantee you that “Kaos MF” will not only make you want to chant the awesome chorus but it will also keep you in a dance trance. BUT WAIT! There’s more! There’s another anthem in this album that is also an EBM ode called “Das Ist Musik” which is a track that will perfectly compliment your black light body paint. If you haven’t got any go ahead and buy some, I’ll wait.

While you were gone soothing your body paint needs, the Swedish duo made sure the party didn’t end just there and dropped a bomb ass track called “Kpt. Kaboom.” This Captain is far more powerful than any bombs and farts combined and will blow listeners away. “Total” is playful as hell, its bursting with a calculated rhythm while “Basta” and “Platzmachen” have off the chart energy, they can power up a whole city! AND definitely beats our hellhound Brydoh in this category of steady momentum!

Revolter is not only a party animal but it is also the life of the party, and is guaranteed to show you a great time. Like most wild childs, this light hearted album is the cool cyber goth friend you know you’re gonna have a fun and crazy night with. Wild rave stories, here I come! You can binge on this album on Spotify and snag the album here to compliment your glow sticks and cyber goth mask.

6 out of 6, DANCE PUPPETS DANCE! *Does the cabbage patch dance with glow sticks*

Anguis Dei Will Open Many Doors With Debut EP

The elusive Ur Èmdr Oervn, the mastermind of the AAAA collective (Arkha Sva, Avsolutized, Ahpdegma), debuts the EP titled Ad Portas Serpentium for his fourth project in this invasion of A’s called Anguis Dei. The four track EP slammed open that Porta via Svart Records and it’s on a campaign to convert new fans.

Anguis Dei start off with the cinematic black metal hymn “Maythorns over Uroboros” which might have some casual metalheads feel as if they are listening to a more extreme Cradle of Filth song but with thicker vocals from Oervn. This first track will lure you deeper in to this gateway where you will find the right balance between theatrics and aggression. Staying on the COF-esque role is “Angela Krudeliis Ambitiosa Nokturniis” which continues to sound like a rougher rendition of Filth, you bet we’re still lapping this EP up!

Anguis Dei adds a touch of elegance with the piano dominated instrumental piece “Origin.” This track is fit for any gothic horror story and slowly snowballs before flinging you in to “The Lionel.” Though there is no “smooth” transition per se, but the sudden and brutal commencement of this track works so well AND Oervn bellows out a high pitch battle cry Filth would be proud of. There is no in between here!

In this new project, Ur Èmdr Oervn offers a dramatic and structured new saga that not only balances his black metal roots with extreme gothic metal but is also bursting with a hunger to explore musically. Are you excited yet? The J-Ohster sure is if it wasn’t too obvi by now! You can listen to EP on Spotify and get your copy here.