Godflesh’s  Post Self  (Avalanche Records) is ready to take you to a deeper and darker extremity. Don’t bother with those flashlights! We don’t need ‘em where we’re going. The album starts off with the ambient single “Post Self” which is a great start in this Lynchian album. Oh yes, I think I will be using the term “Lynchian,” a lot and not just here but in other stuff and its valid ‘cause it’s in the world renowned J-Ohster Dictionary.

Like I mentioned earlier, “Mirror Of Finite Light” is a great build up and ambient AF. This track serves as a great precursor to the subtly cinematic and instrumental tracks in this album such as “Be God,” and “Mortality Sorrow.” “Parasite,” shows us its slimy little fangs and is ready to drag us in to the creepy looking lab where this evil morsel fled from with “No Body.” In the tracks I just mentioned, Justin K. Broderick shows us just how guttural his growls can get!

Bassist/ programmer G.C. Green continues to adds the right amount of suspense with his mixing board and adds an extra heaviness with his bass. This suspenseful album is filled with more mystery, instrumentals and dread than the previous album. This is a psychological thriller we all want to star in! Get your copy here and you can listen to the whole album in Spotify.

Finland shows that Gothenburg isn’t the only place that can make great melodic death metal just take a look at Coraxo. The duo gives us plenty of light with their sophomore album Sol via Snow Wave Records where they add drops of different elements.

The album starts strongly with “Of Stars Reborn” where Finnish saxophonist Ilkka Ferm lends his skills, which not only blends in wonderfully with this track but it also enhances the dramatic element in this song.  “Helios” will make you do a double take and wonder if you’re listening to a Dark Tranquility track, wait till you hear the nice breakdown from guitarist/vocalist/programmer Tomi Toivonen. The aggression level is cranked up in “Sacrifices Made” where Toivonen busts out a thicker growl that blends in great with his riffs and Ville Vistbacka’s drumming.

Coraxo produced a strong album that is sure to keep you replaying this album. With each time you hit that “play” button, you will find a new song to love and dive deeper into their storytelling. You can check out the album in their Bandcamp and buy it there too!

6 out 6, Shines brighter than a diamond

Electric Wizard wants to paralyze you with their latest bloody good offering titled Wizard Bloody Wizard via Spinefarm Records. Even though doom season (AKA October) left us too soon, it doesn’t mean we can’t sprinkle a little bit of doominess to this season of awkward family gatherings!

“Necromania” bares a devious little smirk that is sure to set the fire in your loins on fire, hell any hippy sex cult would approve. You WILL “Hear The Sirens Scream” because the catchy and contagious riffs will have the power to lure any unsuspecting listener in to the arms of Electric Wizard. The quartet cranked up the doom in the last songs such as “Wicked Caresses” and “The Reaper.”

The very last track of this album “Mourning Of The Magicians” is fit for any badass funeral procession. I got to say this final 11 minute track is my favorite song of this album not just because Jus Oborn gave us a badass and empowering chorus “I’ll see you in hell,” but because it the band showcases their talent. YOU HAVE TO LISTEN TO IT! This album is dripping with a good amount of doom to keep you coming back for more. You can listen to the whole album on Spotify and get your copy here. 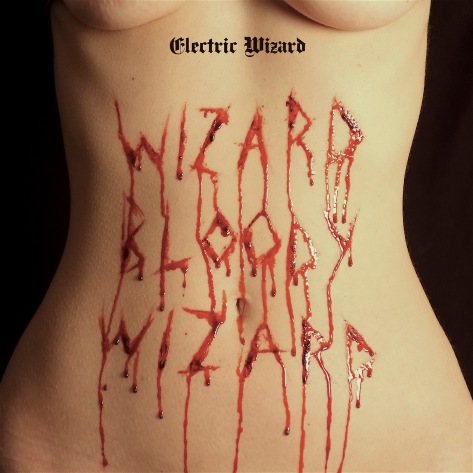 For those that are like the Klown and worship the ground Max Cavalera stands and walk on, then this is one of the best news this year. The Klown had the chance to see Roots be played in its entirety with the current Cavalera Conspiracy lineup, then the ever benevolent god that Max is would announce a new Cavalera Conspiracy album.

Flash forward to now and the release of Psychosis through Napalm Records finally arrived. Immediately, the album opens powerfully with “Insane” which gives you a full dose of fast-paced groove/thrash metal. Also worth noting that this album had a wide array of special guest starting with Mixhell ,which is the stage name of Max’s son Iggor, and Laima Leyton who worked on its intro. “Terror Tactics” feature a bit of Industrial influences mixed with the groove and thrash sounds that Max is known to have and includes an awesome solo by Marc Rizzo.

“Spectral War” has a lot more Industrial influences in the beginning and in between thanks to the programming and synths applied by Dominick Fernow of Vatican Shadow. Fernow would once again make a reappearance with “Hellfire” and “Excruciating.”  “Hellfire” was completely Industrial like Nailbomb and also featured Godflesh’s Justin Broadrick, while “Excruciating” featured guest vocals from Liquid Metal’s DJ Jose Mangin, and “Crom” was like “Terror Tactics” but with guest vocals from Jason Tarpey and Roki Abdelaziz.

“Judas Pariah” featured some ambient, hard groove and Christian Cavalera on the hurdy-gurdy. The Klown assures you that it’s an actual musical instrument with a funny sounding name. Meanwhile “Psychosis” just gives you a song that is nothing but instrumentals of the groove and thrash variety. If you haven’t caught on, the Klown nearly talked about the whole album. Although the previous was quiet and felt lackluster to a lot, this album will immediately remind everyone that even the best have bad days. You can get this album at the Cavalera’s Bandcamp. 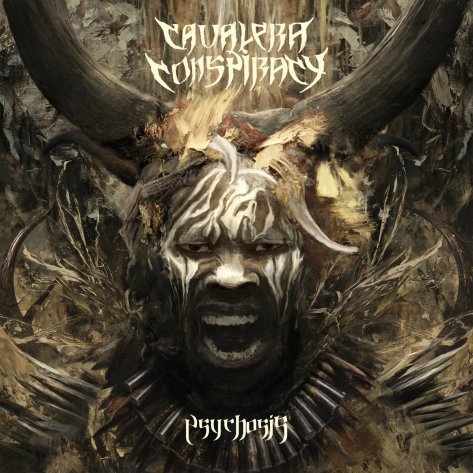