The Klown doesn’t know if this is France’s version of Darkthrone or France’s response to Winds Of Plague, either way he’s impressed. The French duo of Helioss has released their new album titled Antumbra through Apathia Records. The duo kicks off with “The World Is Ours” with sounds reminiscent to that of Winds Of Plagues if they were angrier and did more screaming vocals than growls same goes to “Santhara” but vice versa. “Dernière Nuit” was a certain… je ne sais quoi to classify because it sounded rather “whimsical” as far as making black metal sounds playful go.

“The Ninth Hour” gave an epic touch to the album while “Bring Forth the Rain” features classical guitar as an opening catalyst to some metal type of goodness thereafter. “Screaming in Silence” reminded the Klown of a potential or unreleased Wintersun song with some harmonic overture incorporated in the song. “Above” sounded like an early Mors Principium Est collaborated with Sigurd “Satyr” Wongraven to make some melodic blackened death metal. Lastly, the duo treats us to their cover of Bolt Thrower’s “…For Victory” which is featured in the digital copy of this album. Not a bad album especially if you’re into avant-garde/symphonic/melodic black metal. You can check these guys out for yourself on the label’s bandcamp! 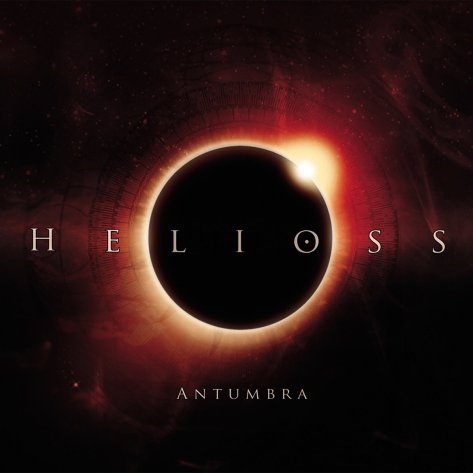 Three years ago, when the Swedish death metal act known as Vomitory broke up, the metal world took it for what it was. Then guitarist/vocalist Erik Lundqvist and drummer Tobias “Tobben” Gustafsson joined up and included former Vomitory live guitarist/vocalist Anders Bertilsson in to mix and continued making sweet, sweet Swedish death metal. With that out of the way, Swedish death metal quartet Cut Up has released their sophomore album, Wherever They May Rot through Metal Blade Records. “From Ear to Ear” will have you invested in this album. “Necrophagic Madness” features a speedier version of the Metal Blade resident and death metal titans, Cannibal Corpse.

“Behead the Dead” sounded like Entombed AD teamed up with vocalist John Pettibone of Himsa or a very angry Lars which the Klown could say the same about “Psychosurgery” with the exception of one of the vocals because this track features some backup vocals. “Raped by the Blade,” the last track of the album was pretty bitchin’. Don’t let the song title fool you! This track is not a Cannibal Corpse cover and is a sweet closer for death metal lovers. The Klown enjoyed this album quite a bit and he highly recommends this album.

5 out of 6 This Album will Not Rot Your Ears 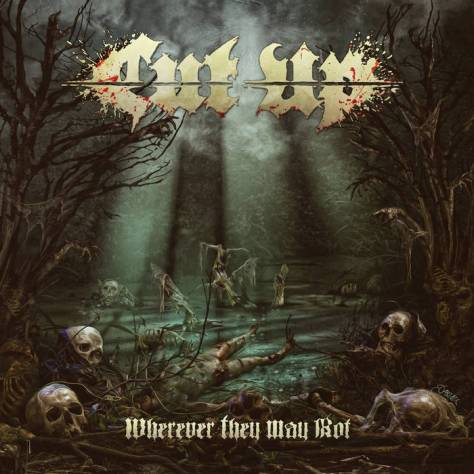 Pallbearer Have Heart to Release Their Newest Album

The Little Rock quartet known as Pallbearer have officially released their third album, Heartless through Nuclear Blast Records. “I Saw The End” greets you with a more melodic version of doom which is rather soothing. “Thorns,” on the other hand, gives you an actual dose of doom with Brett Campbell’s soft pipes at the helm, which make it sound like a melancholic lullaby. “Lie of Survival” was basically a hymn of doom metal proportions for the faithless or for those down in the dumps. “Cruel Road” reminded the Klown of Ghost if Papa Emeritus changed his style of vocals and fewer harmonics.”Heartless” was simply just bitchin’ to listen, it was harmonic, melodic and still highlighted the doom influences that the band is known for. “A Plea for Understanding” was a good closer because it was deep and somewhat inspirational. Seriously, the Klown can picture this song being featured in a movie to highlight an appropriate ending and cutting into the end credits and the Klown wouldn’t be surprised if this becomes the band’s new single. The Klown is not that big on doom but this was a pretty good album to check out.

5 out of 6, Doom Enthusiasts Can Die Happy Now 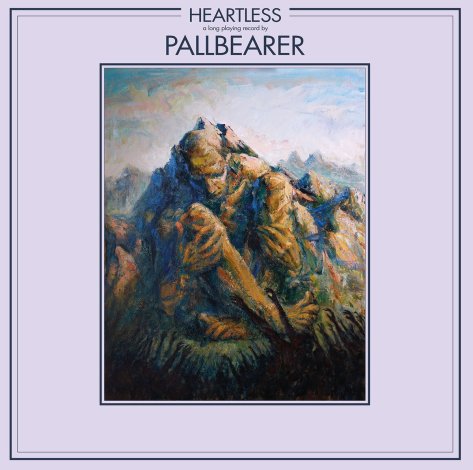 Memoriam Will Make You Remember their Debut

Assuming you keep up with us, the Klown has spoken about Memoriam. If you don’t, be a doll and check it out… and then some. The band formerly known as Bolt Thrower has returned to us under the Memoriam name. Without going into details to as of why, the Klown is going to talk about their anticipated debut, For The Fallen which was released through Nuclear Blast Records. “Memoriam” alone will get you pumped up and further invested in this triumphant return. “War Rages On” will immediately get your adrenaline rushing and clamoring for more. For the diehard Bolt Thrower fans wanting to relive an oldie, “Reduce To Zero” and “Surrounded by Death” are definitely going to hit that spot of nostalgia. Speaking of nostalgia, “Corrupted System” and “Resistance” will definitely have you reminiscing over the late Martin “Kiddie” Kearns drumming, in which Andrew Whale does a great job at honoring his memory.

“Last Words” not only is the last track of the album but also makes a good ending in which the Klown could best describe as a rollercoaster of a song. “Last Words” has a smooth start that eventually transitions to something intense and finish smoothly in a death metal fashion with some machine guns firing, and war sound effect samples somewhere near the end. This was a great fucking album, the Klown highly recommends you to get your ears on this ASAP.

6 out of 6, Kearns Has Had His Memory Honored! 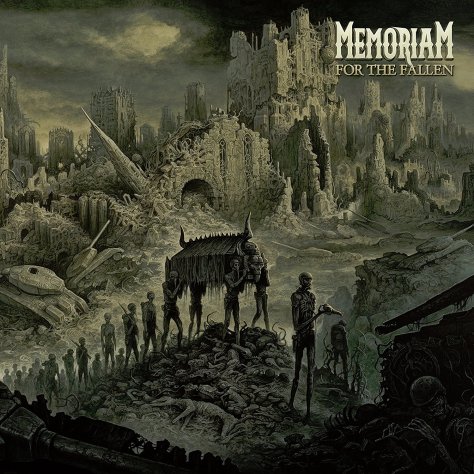 Me and That Man… and the Klown’s Take

Never did the Klown think that he was going to listen to a blues album in Ugh Metal. Then again, the world never would have given a second thought to the possibility of Adam “Nergal” Darski actually doing anything besides Behemoth. Nergal has proved that when life gives you lemons, you cut them up and have some tequila! When one of the most prolific figures from Poland and metal announced Me and That Man, the metal world was curious, yours truly definitely was. Nergal then announced that he would be teaming up with English blues/country musician John Porter. Now the wait is over, and Me and That Man released their debut album Songs of Love and Death through Cooking Vinyl Records.

One of the Klown’s personal favorite is “On The Road,” it was catchy AF and it was a true blues/country rock romp which would make a perfect soundtrack for traveling. If you’re looking for a “true” blues song from this album, “Cross My Heart and Hope To Die” would be that poison of choice which also incorporates a children’s choir to further enhance the song’s profile. Aside from “My Church Is Black,” Nergal shows off clean vocals and shares with Porter lead vocal duties while the rest of the band members chime in. “Better The Devil I Know” was also great and it seemed like a nod to Nick Cave’s work than an actual country/blues song. “Of Siren, Vampires And Lovers” and “One Day” features Porter’s legendary vocals and Nergal taking a backseat. Another of the Klown’s favorite was “Magdelene” which features both Nergal and Porter interchanging vocal duties and a really catchy chorus line.

The Klown can keep talking about this album all he wants but he won’t because he may as well just name the rest of the album. Yes, it was that great and before you judge, just remember, without blues paving the way, we wouldn’t have metal or the concept of Stan involved in music.

6 out of 6, This was a Behemoth of a Release