Exmortus Have A Fierce Campaign

Exmortus are not laying down their swords in their latest The Sound Of Steel which was released via Prosthetic Records. In this album they are louder, faster and fiercer, and can you feel your blood flowing already? I can and I haven’t even begun! We charge with “Make Haste” which is an excellent way to start this record because who doesn’t like a good jolt of energy!

We then dive into the belly of the beast and at full force in to the unholy “Feast of Flesh,” just be sure not to touch Jadran “Conan” Gonzalez’s portion of the spoils lest he unleash his rabid growl. Chase Becker’s ungodly riffs are so damn mesmerizing in “Into The Maw Of Hell” it’s a damn sin! “Tempest” and “A Minor Instrumental” will cater to melody mongers! The flurry of calculated riffs and tempo will guide listeners into an uncharted magical territory. In “Victory or Death,” Gonzalez shows off his high pitched battle cry that is sure to give seasoned metalheads a case of nostalgia.

The Sound of Steel  is battle ready and thirsty for blood, honor and possibly tacos! The quartet are filled with wonder and have brewed a brazen record, they are not afraid to show us their axe.  Exmortus will defend your honor in this life and in the next! Listen to the album or you can just check out their bandcamp and buy it there! 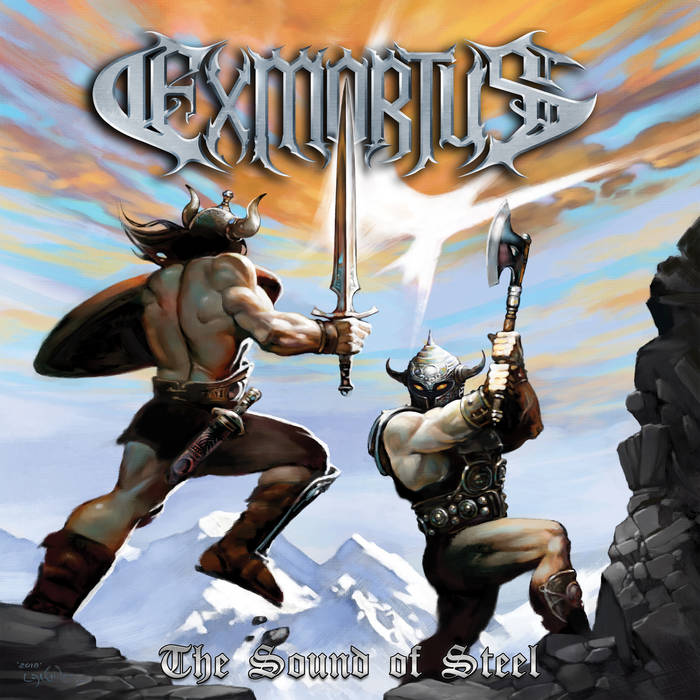 Madball Deliver An Unforgettable ‘Cause’

The hardcore veterans have risen with their ninth studio album titled For The Cause via Nuclear Blast Records. Madball keep the ball rolling in their latest and have no signs of slowing down even after 30+ years! “Smile Now Pay Later” and “Tempest” are both as badass as you think, they are the tough guys that can walk the walk! “Rev Up” and “Es Tu Vida” will indeed start a revolution that will go down in history. Kudos to Madball for keeping their tradition of featuring a Spanish track in their record!

When you’re picking yourself up after a rough day, be sure to prescribe yourself “Freight Train” for that extra motivation you need to kick some more ass! “Lone Wolf” paces back and forth in its cage before striking. “For You” is a touching and empowering homage that will help soothe the loss of a loved one and everything in between, leave it to Madball to comfort us. This album is teeming with prolific artists such as Rancid’s Tim Armstrong who also co-produced the album, and Body Count’s Ice T. Madball concludes their album with the smooth reggae sample “For the Cause,” though it would have been an interesting and new treat if Madball would have made a full reggae track. Come on, don’t tell me you are not intrigued by that?

Madball emerge with another real album that does not shy away from life and all the things that come along with it. For The Cause still is that in your face record Madball is so great at creating but beneath that rough exterior lies an experienced and jaded wise man that will help you and give you what you need to get up and get going in this crazy thing called life. Deep right? Well listen to the album on Spotify and see what I mean! And get your copy here.

The black metal legends return with their latest titled Viktoria which was released through Century Media Records. Marduk are not letting their fair share of controversies deter them from making more material that is sure to appease die hard fans and casual listeners alike. Don’t be fooled by Viktoria, she is a feisty one and has world domination on her mind through the power of black metal of course. You will feel goosebumps form when you hear the alarm sound bite go off right before Marduk unleash the rabid “Werwolf” on to listeners. This single will make your blood curl especially when you hear that barrage of strings unload on to your ear drums.

Can you still hear it howling? “June 44” and “The Last Fallen” are two tracks that you will not forget, not just because they both grab your attention with a great intro but also because their fierce attitude will strike a sense of admiration and uncontrollable headbanging. Ooops! Of course I meant to include you into this bunch too, “Equestrian Blood” now quit horsin’ around! Get it? Anyway, this brutal stallion will trample your enemies and crush your neck because, you guessed it, more headbanging!

The title track is a vicious mistress! Drummer Fredrik Widigs and guitarist Morgan Håkansson burst in at the same time creating a supernova of brutality. Since we’re in the subject of brutal, “Narva” and will gnaw at you and will be a pit pleaser. The album ends with the slow burning “Silent Night” which will give us an opportunity of admiring the collective’s growls and instrumentals prowess. Viktoria may not be as magnetic as their previous release, which is filled with memorable and brutal tracks, BUT it’s still a great album that will appease fans AND will give you a new bitchin’ album to mosh and workout to. Listen to the album on Spotify a d get your copy here. And see what we thought about them last year!

The Night Flight Orchestra Give Us More Nostalgia

The Night Flight Orchestra are moving away from their 70’s-ish sound from their previous album and strutting in with their stunner shades and Jerry curls in their new album titled Sometimes The World Ain’t Enough via Nuclear Blast Records. This brooding heartthrob of an album is PACKING with nostalgia, so grab your leg warmers and hop in the Delorean, we’re taking a trip down nostalgia lane! …Again but this time we’re going on to the 80’s! Duh!

TNFO make a grand entrance with the rock opera-esque “This Time,” just listen to it, you’ll know what I mean and be sure to grab your space helmet before taking off with this track. If you are dying to have an 80’s training montage, look no further because “Turn To Miami” will be the perfect song, you can’t do it Rock! You can’t take away my training song! Are you still immersed in that 80’s craving? “Moments of Thunder” will be the perfect anthem for your victory lap, champ. We need our dosage our cheesy love song and “Lovers In the Rain” will fit that bill and give you hope.

TNFO revisit their 70’s sound in “Pretty Thing Closing In” and it will win you over with its suave melody. The title track is the perfect anthem that will motivate you and push you to the limit! “Paralyzed” will hit the spot and has the best of all worlds. Aside from it having the catchy beat and synthesizers, David Andersson’s riffs makes a nice cameo in this track. This album was a fun ride that will make you dream of the 80’s whether that was your era or not. Bjorn Strind and the rest of the crew capture the lighthearted spirit of this era, take us back! But before you go listen to the album on Spotify and get your copy here! And see what the Klown thought about their album last year.

Orphic Eye  Gives Us ‘Enlightenment’ In Their Debut EP

Local grindcore act Orphic Eye have released their debut EP Devastation in the Wake of Enlightenment independently. This album will put the May day in May day! What? That doesn’t make any sense? That’s because you haven’t listened to this EP yet and because I might be excited, inebriated and sleep deprived. Oh come on, baby! I’m writing this on 4th of July, it’s ‘Mericuh’s birthday! But that aside, let’s dive in!

Orphic Eye bite the bullet with the vicious “Tsar Catalyst.” The “Tsar…” will demand your attention and you will gladly oblige once you let that the smooth intro slowly slither into your ears, you will be moshing with yourself. We will become Big Brother for this next track because we won’t be able to take our ears away from “Surveillance” and our eyes will be staring at the screen hitting that replay button. Guitarist Matt Ponder, drummer Jack Owens and bassist Elijah Wells team up to crack open this track with a steady and enticing intro that will lure you into the sharp jaws of “Grassfed.” GUILTY! This feisty green track was one of yours truly’s favorite tracks on this album.

For the grand finale we have “Deranged Martyrdom” which will fool the untrained ear in to believing this EP will end with a tamer track. Fritz trades his deep guttural vocals for a higher pitch and shows off his range by throwing in some of shouting that is typically found in punk. Needless to say that this final track was a great way to end this EP. Orphic Eye are still fresh in the scene and nothing will stop them from grinding our eardrums with their brutal brand of grindcore. Devastation in the Wake Of Enlightenment is a great start in their conquest and will give listeners an earful, if you feel you are tough enough, listen and buy your copy of this EP in their bandcamp! And see what we thought about them in our humble beginnings. 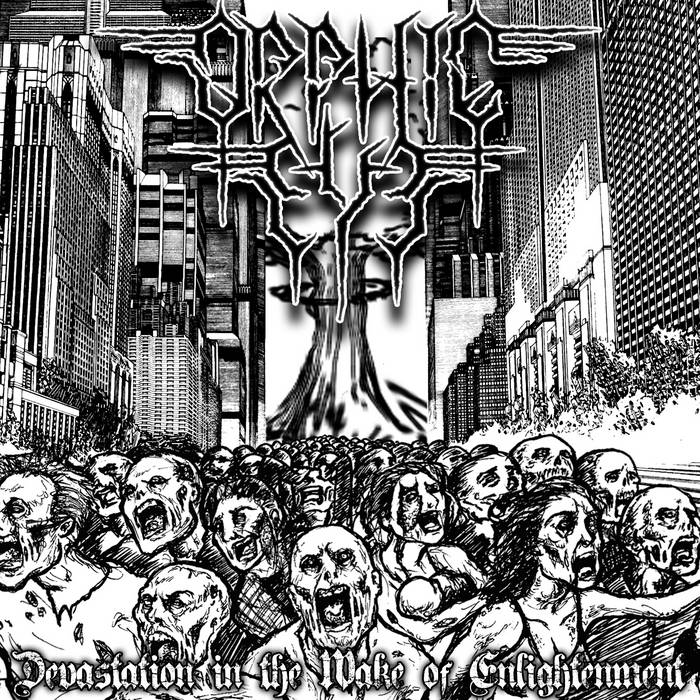 **Correction/Fun fact: When this EP was being recorded back in 2016, Orphic Eye had Dillion Defelice lay down all the drum work, and Mike Grimes took over bass duties while Elijah Wells dropped the bass and picked up the guitar for this one. The band then re-recorded and added the final touches for the guitar last year! Special thanks to Matt Ponder for this info 😉**

The psychedelic Swedes known as Graveyard have returned with their latest album titled Peace via Nuclear Blast Records. The groovy quartet are back from the mother ship to win us back with this record which feels a little different from the rest. “But how J-Oh’ster? You don’t even know who they are? And you can’t even tell the difference between tomato and tomatoe!” you may ask, but first of all that statement is half right all tomato(e)s are the same and let me tell you why this one’s different.

Graveyard give us all a much needed and super groovy pep talk with their first track “It Ain’t Over Yet.” We will rush to Joakim Nilsson’s side when we hear his pained vocals in “Cold Love,” who hurt you Joakim?!  *Sigh* We warned ya, man. There ain’t nothing good from that “L” word, yeah I know my saltiness is showing.You know your worth! So you’re gonna get over your slump by grabbing your favorite shades, and chanclas and be as confident as “Walk On.” This track is a self-assured mofo will make any listener melt and so will you! ;)**

Graveyard show their wild side in the ironically titled “A Sign of Peace.” Nilsson and guitarist Jonathan Ramm compliment each other with their respective riffs while drummer Oskar Bergenheim and bassist Truls Mörck create a swift and steady foundation. The quartet tone things down with the nostalgic “See The Day.” This track will be a song that will speak to you after a long day and after you tried to go against fate right before it slapped you silly.

That’s okay, you tried dammit! “Please Don’t” will equip you with the motivation you need to press forward, and hearing the keyboard make an appearance in this track was perfect for this rambunctious track. “Bird of Paradise” soars high because how can one ignore that magnetic riff that will slowly carry you off in to the sunset. What makes this album so different? Graveyard ooze a cool confidence that is very contagious and is sure to win you over and hype you up. Listen to the album on Spotify and get your copy here! 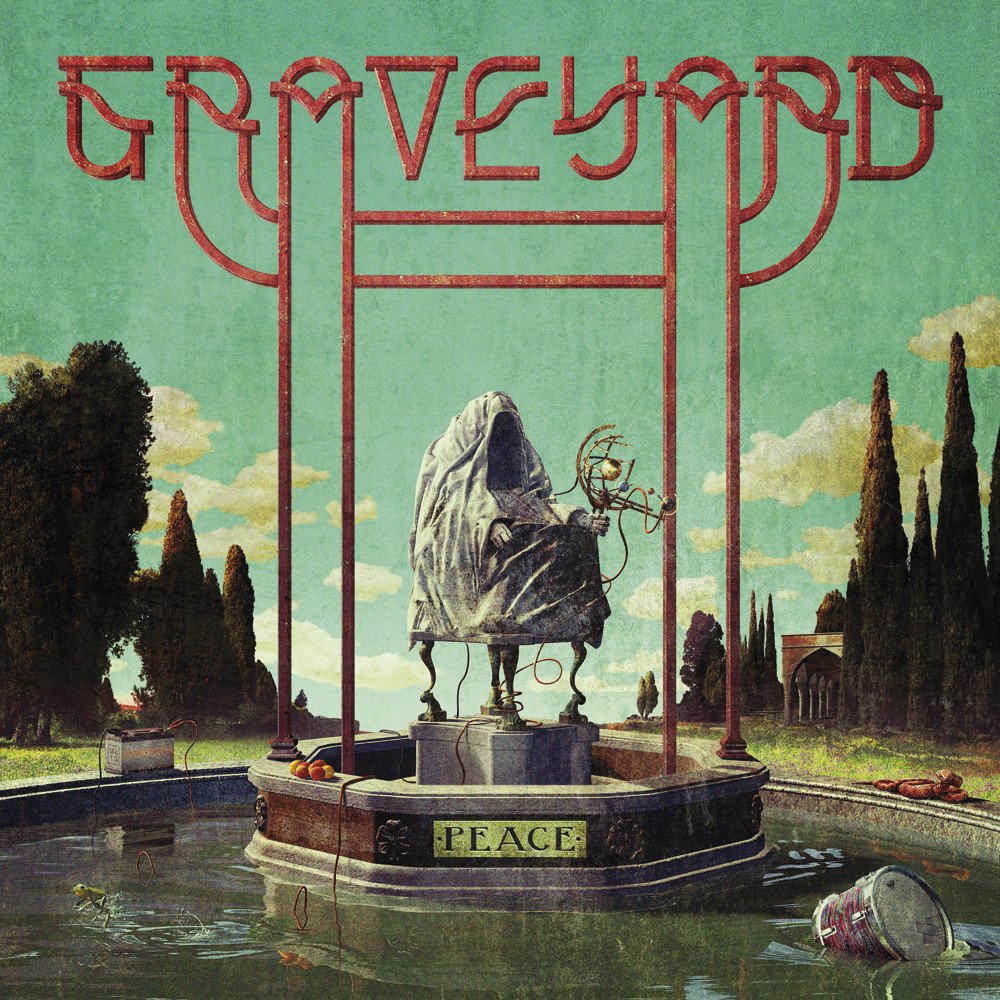