The Trials of June 30

The Acacia Strain Wants To ‘bloom’

After three years, The Acacia Strain delivered Gravebloom via Rise Records and begins with the angsty and frustrated “Worthless,” which is a dark hymn that a perturbed individual would recite before going postal. The Acacia Strain then unloads its frustration with “Plague Doctor” and “Bitter Pill”  before taking things down a notch with “Big Sleep” and the title track “Gravebloom.” “Gravebloom”  starts more in your face and simmers down its tempo giving way to lead guitarist Devin Shidaker’s soothing riff to close off the song.

The slow burning “Abyssal Depths” is the perfect embodiment of the mysterious oceanic corner of hell and slinks out quietly and calmly till Vincent Bennett’s growl and the rest of the ensemble swoops out of the darkness and slaps you silly! If you’re missing the more “in your face” then prepare yourself for the “Dark Harvest.”

Gravebloom was a pretty slow paced album especially for those that crave the fast paced, foaming at the mouth type of deathcore. Deathcore may not be yours truly’s cup of tea but The Acacia Strain is one of the very few bands The JOh’ster (Am I doing this right, Klown?) enjoys. However, like I mentioned before, this album felt a little too mellow and didn’t pull me in as much as I hoped it would. Fans, however, may appreciate this album a lot more and enjoy the connection The Acacia Strain provides by voicing the frustrations and disdain we may feel at some point in our lives. Us? Feel?! Blasphemy, right? Snag this baby over here! 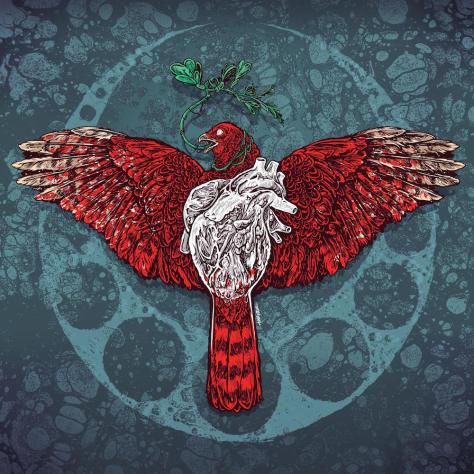 Origin Takes You To A Different ‘Universe’

The technical death metallers along with Nuclear Blast Records are here to take you to an Unparalleled Universe. In case you were not aware who Origin was or what type of metal they play, they do a nice reminder right from the beginning and unload all that is technical with the first three tracks “Infinitesimal to the Infinite,” “Accident And Error” and “Cascading Failures, Diminishing Returns” though “Accident…” will bite you right in the ass! They showcase more brutality and a little less technicality in “Mithriatic” and “A Burden Of Prescience” though the technical death metal gopher peaks out a bit on “A Burden..” Vocalist Jason Keyser, lead guitarist Paul Ryan, drummer John Longstreth wastes no time and dive in head first.

Longstreth and bassist Mike Flores take the reins in “Truthslayer” and though this song is a little less than three minutes, man well let’s just say quality over quantity! ALWAYS. Hold on to your band tees with “Dajjal” because it will take you on a bumpy ride without a warning especially those riffs courtesy of Ryan. Those riffs possess an enviable energy and stamina we here at Ugh Metal are constantly searching for. Origin finishes things off with their take of Brujeria’s “Revolución” with guest vocalist and actress Jessica Pimentel from Netflix’s Orange Is The New Black who also happens to be the vocalist of extreme metal band Alekhine’s Gun. This album will appease the technical death metal gods and fans alike and if you just can’t get enough of them catch them on tour at Summer Slaughter (August 13 here in San Diego at the HOB) and snag that bad boy here!

6 Out Of 6, Technically super good! 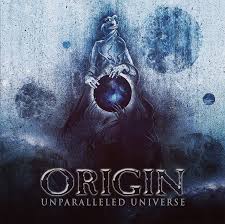 Corey Taylor has safely stashed away his Slipknot mask and flashed his pretty face along with the rest of Stone Sour with Hydrograd via Roadrunner Records. The playtrack “YSIF” builds up and spills into the anthem “Taipei Person/Allah Tea” and pulls back that energy with their singles “Hydrograd,” and the catchy “Song #3” where Taylor lets out his impressive clean vocals anyone can appreciate and gets in your face with “Fabuless.” Dust off your angst with the beautifully troubled “The Witness Trees” which will surely tap in to that misunderstood teenage you deep inside you…if that makes any sense.

Stone Sour ditches the distress and picks things up mid way and venture in to country music territory with the ballad “St. Marie.” This track uses a lot of the signature acoustics heard in country music and a nice little chorus and though this ballad threw yours truly off, it was a pleasant little surprise. Yeah ballads are nice once in a while but ready for more in your face stuff? Well tighten that belt and get ready for “Whiplash Pants,” hot pants! Like the end of any wild journey, Hydrograd concludes with the slow and wistful “When The Fever Broke” which perfectly voices the desire of returning home after you knowingly burned bridges in the midst of self destruction. Whoa that escalated quickly…

Yours truly may not be a Stone Sour aficionado but Taylor and company bring their best to fans after a four year drought and dare to let their hair down and experiment. Stone Sour lovers will love this baby and one has to admire the quintet for showcasing different musical elements bands shy away from for the sake of sticking to their “sound.” Stay tuned to see what the Klown thought about their live performance in our Vegas adventure but in the meantime, get this sentimental wild child right here.

**Uh Oh! The Klown has cracked open a fresh one!**

Assuming you keep up with Ugh Metal, Beekeeper should be somewhat familiar to you. In fact, the last time they were featured in Ugh Metal we talked about how they almost blew away the Brick by Brick… brick by brick. Now they make a triumphant return to our site with their debut album Slave to the Nothing which they released independently.

Right away the local trio start powerfully with “Vargas” a great opening riff and cymbal snares done by frontwoman/guitarist Ally Levine and drummer Dylan Marks, respectively, which hooks and serves as the catalyst for a great but brief thrash metal jam session which immediately transition to Levine’s unique vocals which range from screaming, growling and high notes. Beekeeper use the momentum from the previous track and keep you invested in the rest of the album with “Fictitious,” “Picket Fence Death Night” and “Instant Death” which can be described as absolute thrash metal bliss.

Dragonball Z fans will also get a kick out of this album as they pay homage to the series with “Vegeta,” who is one of the most popular characters of the series. For those nitpicky DBZ fans, the answer to the question you probably were not going to ask: yes the lyrical content did justice to the prince of the Saiyans. Also worth noting that this song truly features bassist Adam Wollach showing his strong bass strumming which compliment Levine’s guitar riffs and vocals. The trio pay homage to the mascot of our genre with “Satan” and finishes this debut with “Trials of the Shredder,” sorry Ninja Turtle fans it’s not about that shredder but is very thrashy. The track features a very harmonic chorus between Levine and Wollach and teases its ending quite a bit as if it knows that you’re going to be asking. The Klown was very happy to obtain this album. For those missing out, listen to this beauty in Beekeeper’s bandcamp. 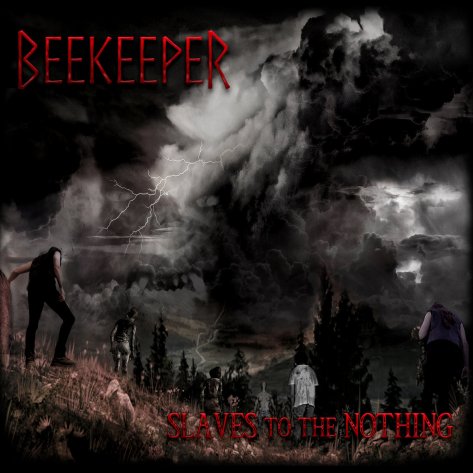 […] their debut LP Slaves To Nothing which they released independently on July 1 and made quite the impression on the Klown. Be sure to snag their debut album here, you will not regret it! It’s only a matter of time […]

[…] swarms! They played off of their debut Slaves to Nothing (which we couldn’t get enough of, see!) and that crowd was lovin’ it more than that McDonald’s Szechuan […]