Assuming you keep up with the Klown’s album reviews, Trent Reznor’s Nine Inch Nails made their first Ugh Metal appearance at the beginning of this year with their December 23, 2016, release Not the Actual Events EP. Mr. Reznor has returned with another teasing EP titled Add Violence through Reznor’s own label, The Null Corporation.

The EP begins with “Less Than” which gives an upbeat 80’s throwback sound in the beginning which remains so throughout the rest of the song and reminded him a bit of the 2013 Hesitation Marks album. The Klown can describe as rather ambient like the Ghosts albums but with vocals. In fact, this would be a running theme throughout the majority of the EP up until “Not Anymore.”

“Not Anymore” brings back the old school NIN sound with some ambience and had Reznor’s vocals somewhat faded and autotuned. “The Background World” was the final and longest track of the whole EP and it was rather reminiscent to that of the 1994 Downward Spiral album in term of sounds, pace and mixing and with some lengthy heavy, and distorted bass. The album was a pretty nice surprise given the fact it came out of nowhere. You can get your copy of this EP here to check it out.

5 out of 6, It will Soothe Your Violent Tendencies 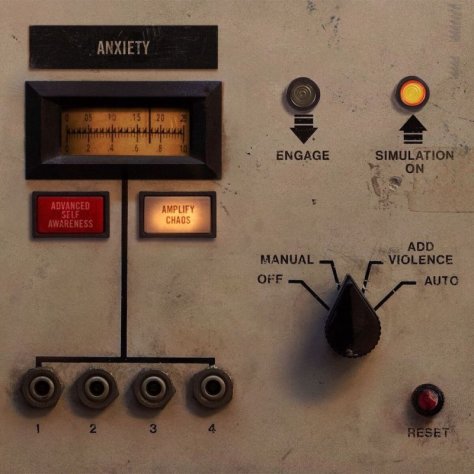 In This Moment Contemporary Turns Headbanging into Rite

The female fronted quintet known as In This Moment has released their sixth album Ritual through Atlantic Records and manages to surprise fans. This album begins strongly with “Oh Lord”  and starts out rather slow but bluesy, and industrial in terms of sound. Frontwoman Maria Brink uses autotune to sing adding reverb and to simulate some fading effect in her voice.

The real treat comes immediately when legendary frontman Rob Halford lent his renowned vocals for “Black Wedding” which a plays around a bit with Billy Idol’s “White Wedding” famous verse y’know? “It’s a nice day for a white wedding,” the difference being the color. Although Brink and company teased a cover with “Black Wedding” she delivers in covering Phil Collins’ “In The Air Tonight,” which the Klown rather enjoyed. The song has a darker touch and presence by being a song about taking someone back, tearfully and, at least in the Klown’s opinion, the feminine touch adds more of a significant perspective. It’s almost as if Collins’ had unintentionally written for a female vocalist. No matter the case it was well done and will have you feeling the feels.

ITM give a shout out to Rob Zombie with “Witching Hour” not only does it have a B-movie role sound bite in the beginning and follow up with a bit of the groggy, stoner influences. “Half God, Half Devil” was a great song and almost felt like they took a page out of Rammstein’s book in terms of sounds and lyrical content because it was rather powerful giving the song more meaning.

This album finishes with the dark ballad “Lay Your Gun Down” which seemed like the perfect ending given what seemed like a running theme for this album as well the chance to enjoy some of Brink’s clean vocals and piano performance. You can get this album here and hear for yourself.

6 out of 6, Go On, Enjoy This Album this Very Moment 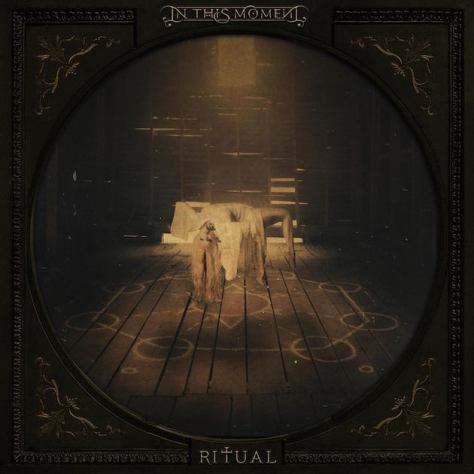 Decrepit Birth Release their Most Brutal Album to Date

The Californian quartet known as Decrepit Birth have released their fourth album Axis Mundi through Nuclear Blast Records. The album blew the Klown’s nose off once the “Vortex of Infinity… Axis Mundi” played because it was a powerful beginning. Although the track is extremely brief, the song commences with a sample before the combination of Matt Sotelo’s opening riff, Sean “Angry Face” Martinez’s bass and Sam “Samus” Paulicelli’s double kicks blasting the Klown’s eardrums, the Klown knew he was in for a treat.

“Embryogenesis,” on the other hand, gives you more technical without vocals and plays with synthesizers which at times had classical strings which made for a pretty good intro for Metallica’s cover of “Orion.” Decrepit Birth also covered another classic   “Desperate Cry”  from Sepultura’s 1991 Arise, which the Klown will admit enjoyed a lot. The Klown can say that this song was given a much-needed revitalization for the Sepultura faithful and reach a new potential audience who have never really been exposed to the classics.

Lastly, the quartet finishes this album with a cover to Suffocation’s “Infecting the Crypts.” This album was awesome and the Klown recommends you wrap your ears around this album especially if your thing is technical death metal. You can obtain a copy of this album here. 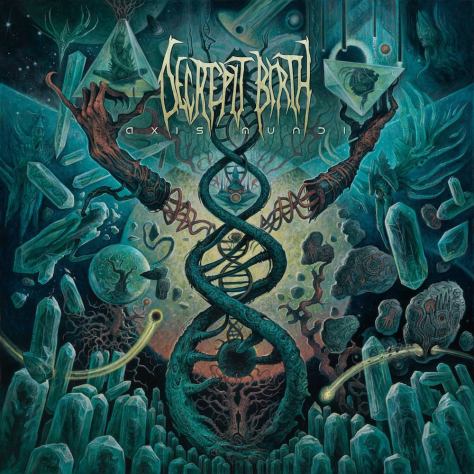 Jari Mäenpää’s project known as Wintersun has finally returned and delivered to its patient fans a new album as promised.  After much turmoil and tribulations, the third and latest installment The Forest Seasons has been released through Nuclear Blast Records. The contemporary record starts off with “Awaken from the Dark Slumber (Spring)” which the Klown can describe as lengthy but awesome as hell.

Mäenpää and crew take you on a journey filled with folk and symphonic death metal to make a perfect harmonious marriage. The Klown is well aware that Wintersun is not a death metal band before you staunch heads start to call out the Klown for probably thinking that Amon Amarth may be the same. Nevertheless, the Klown assures you that during that 14-plus minute song there is some symphonic death metal incorporated and is a great beginning.

“The Forest that Weeps (Summer)” follows up with some pretty bitchin’ folk and contains some wind instrumentals highlighting Mäenpää, Teemu Mäntysaari and Jukka Koskinen’s vocals, making the song feel more like an anthem than just an ordinary Folk metal song. The track includes some harp sounds and an epic male choir chorus for added effect. “The Forest…” also has an array of all stars within the Scandinavian metal community that lend their voices for the choir such as Heri Joensen from Tyr, Markus Toivonen from Ensiferum, Mitja Harvilahti from Moonsorrow, and various member of Turisas just to name a few.

Wintersun makes a 180 turn for “Eternal Darkness (Autumn)” by showing off some epic black metal with his folk much like the trailblazing Bathory did years before them. This must be the first time the Klown has heard Mäenpää showing off anything black metal related. The frontman’s vocals were understandable but harsh  and were accompanied by a chorus and featured Kai Hahto really thunder his treble and double bass drums like the living drumming legend Jan Axel Blomberg aka Hellhammer from Mayhem. The song also contains some synths and samples to justify the Klown’s take. This song had the Klown thinking that he was probably listening to a lost Dimmu Borgir track from Death Cult Armageddon .

The album finishes with “Loneliness (Winter)” which features Mäenpää perform clean and harmonious vocals which have the ability to make a hard ass weep. “Loneliness (Winter)” felt like the perfect closer to this long awaited release. The Klown highly recommends you get a hold of this copy because it was really worth the wait. Speaking of acquisitions, you can immediately obtain a copy through the Wintersun’s Bandcamp. 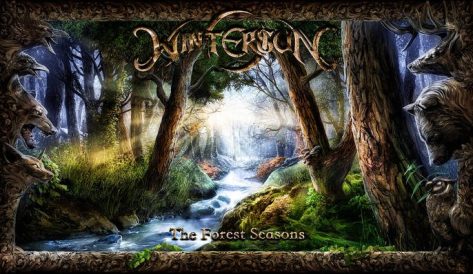