The Dutch collective known as Bleeding Gods have, in short time, managed to make a name for themselves. Since Nuclear Blast snagged them last year, their current album was highly anticipated. Although the Klown dropped the ball in informing his sibling about this album, he shall talk about their current release Dodekathlon which came out on January 12.

This album inaugurates with “Bloodguilt” which was a great opener for this concept. This song features some death metal and some thrash metal, and a killer solo. It is then followed by “Multiple Decapitation” which sounded epic and had a narration sample. “Beloved by Artemis” was a great song and features a long but awesome guitar solo.

“From Feast to Beast” has the group taking a page from Hour Of Penance and added some keyboard overtures to make the song borderline symphonic. “Birds of Hate” and “Seeds of Distrust” gave a full dose of death metal with Daan Klemann showcasing his powerful kicks. The Klown can say the same about “Hera Orchard” with the bonus of guest musician of Mayan’s vocalist George Oosthoek lending his growls into the mix.

The album finishes its tribute of god-like proportions with “Hound of Hell” which sounded like something that was leftover or came from Behemoth’s The Satanist album. This album had a lot of hype and it absolutely delivered. This album was a great release to continue the new year. If you haven’t heard this group before, then the Klown would recommend them to you if you are a fan of Hour Of Penance, Behemoth and Mayan. Lastly, you can check it out on Spotify or get the album here. 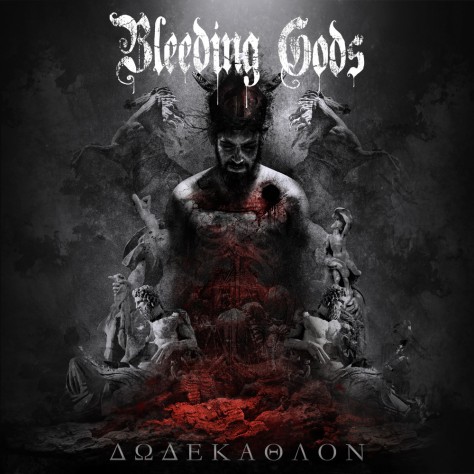 An Album of God-like Proportions

Anvil Pounded and Forged a New One for the Year

Assuming you have never seen that documentary built on this Canadian collective, Anvil is one of the greatest bands that you have never heard of. According to the likes of Scott Ian and other metal greats that were featured in the documentary, they were pioneers of our beloved genre. With that said, Canada’s open secret has released Pounding the Pavement through Steamhammer Records.

The album begins with the “Bitch In A Box” which was rather slow but definitely highlights a lot of the classic heavy metal sounds. It immediately picks up with “Ego” and gives you a nice dose of speed metal the way the legendary Motorhead used to. Others like this were also “Doing What I Want,” “Smash Your Face,” “Rock That Shit” and “Black Smoke” just to name a few.

The Canadians also treat us to a few thrash instrumentals with “Pounding The Pavement.” They slow down once again with “Nanook of the North” and “World of Tomorrow.” The Klown will note, for the latter, Anvil seemed to have tapped into their stoner/sludge metal side and featured an awesome solo from Steve “Lips” Kudlow.

The band ends with some speed metal courtesy of “Warming Up.” These gents also include a bonus track titled “Don’t Tell Me” which presents some hard rock element into the mix. For those who are fans of Anvil, you will be wanting this album. For those who want to but are skeptical, the Klown would recommend it for fans Motorhead, Iron Maiden, Judas Priest and Enforcer. You can check the album out on Spotify or take the plunge here.

4 out of 6, Still Pounding Away 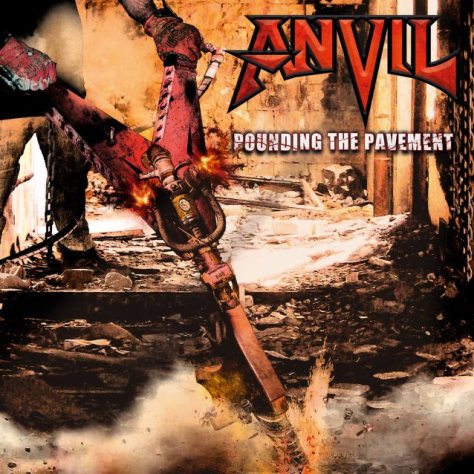 Putting the Heavy in Metal for a Long Time

Arkona Make a Return for the Year

One of the most prolific bands to ever come from the land of borscht and vodka has returned after a 4-year hiatus. If you have no idea who the Klown is talking about or guessed its the band Putin It Together then he’ll just have to say, “no, you, goofy clown shoe.” It’s Arkona! They are literally the most recognizable metal band to ever come out of the Eurasian subcontinent. On that note, the Russian folk metal quintet has issued their eighth installment titled Khram through Napalm Records.

The contemporary commences with “Mantra (Intro)” which features Nytt Land’s Anatoliy Pakhalenko doing a harsh spoken word narrative before transitioning to “Shtorm.” The track was not only a great follow up to the intro but it also featured everything a great folk metal song tends to have such as wind instruments, heavy guitar and drumming.

The Klown really took a liking to “Tzeluya Zhizn’” because it tapped into their black metal side and gave a brooding and somewhat aggressive take to their usual M.O. This song felt like an homage to Bathory during their pagan, black metal phase. It is worth noting that it is also the longest track of the whole album, clocking in at 17 minutes and 11 seconds and had some classic strings.

The track is then followed by the second longest track of the album, “Rubionok Bez Imeni.” This song is nearly 12 minutes long and takes a mellow, prog metal approach. “V Pogonye Za Beloy Tenyu” features some synths and overture to give the song a melancholic touch. “V ladonyakh bogov” features some piano composition which complements the song and adds some dramatic overtones.

The album finishes  the way it began but much shorter with “Mantra (outro).” The Klown was surprised with this album and its versatility. It offers a little bit of everything while maintaining its folk metal influence. The album is a must have for a fan of the folk metal genre. Lastly, you can check out this album in the band’s Bandcamp if you found yourself convinced.

5 out of 6, Siberia Never Sounded So Good 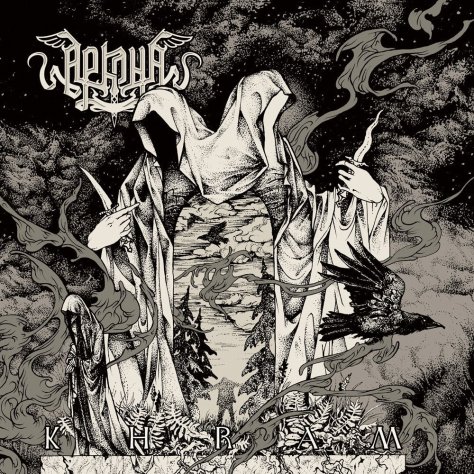 Russia’s Greatest Export… aside from Vodka and Stroganoff

Black Label Society Dish Out a New Set of Hits

BLS is a group that the Klown feels like he needs not introduce. After all, Zakk f’n Wylde is a legend in his own right. When he’s not dishing out music for his own prolific group, he’s off touring with his Black Sabbath cover band Zakk Sabbath or off shredding with Ozzy Osbourne. This time the Klown shall talk about the 10th installment Grimmest Hits which was released through Entertainment One Records.

The album starts off with “Trampled Down Below” which immediately reignites memories of the Stronger Than Death and The Blessed Hellride fame. Wylde takes us back to some old school hard rock with “All That Shined Once” and starts off with some soft clean vocals which become the driving force for the entire song.

Wylde then makes you have the feels with “The Only Words” and “The Day That Heaven Had Gone Away.” “The Only Words” feels like an homage to Southern-style rock ballad and features Wylde playing the organ and doing a cool guitar solo which completely compliments the song’s tender demeanor. “The Day…” was mostly a standard, yet soulful ballad which can really make you sentimental like a ballad is supposed to.

“Room Of Nightmares” has Wylde picking up the pace once more right after the previous track and gives you a bit of a pep. BLS return to their brand of heavy metal sounds with “A Love Unreal” which had some heavy guitar strums and Jeff Fabb’s crashing cymbals as a foundation for the song. The album finishes rather appropriately with “Nothing Left to Say” which leaves you, the listener, with a satisfactory sensation after listening.

This was a pretty good album and highlights Wylde’s legendary status as well as his vast musicianship. Although nothing else stood out it was still a good album to hear, especially if you’ve been anticipating some new Black Label Society. The album also seems to cater to a more mature and musically opened audience. The Klown absolutely recommends this album if you are a fan or love the work to that of Fireball Ministry, ZZ Top and Lynard Skynard. As always you can get your copy of this album here.

What do you get when you combine Ill Niño and Soulfly? If your answer was something other than Terror Universal then the Klown doesn’t know what to tell you. The Mushroomhead looking group known as Terror Universal has been making the rounds and some noise for some time and released their first EP, Reign of Terror, about 3 years back. Now, the trio has released their first studio album Make Them Bleed through Minus Head Records, and have unleashed their brand of horror metal to the masses.

The album kicks off with “Passage of Pain” which feature the sounds of groove metal. The Klown really took a liking to “Welcome To Hell” and “Make Them Bleed” because … remember the Mushroomhead comparison? The Terror took another page from their book and busted out some industrial influences on that song and combined it  with groove. The group continued said influence with “Spine” which also featured Disturbed’s vox/bassist John Moyer. As cliche and predictable as this may sound, Slipknot fans will rejoice because Terror Universal crossover to Knot territory with “Through The Mirror.”

The guest musicians don’t just stop with “Spine,” another name that has lingered in the Ugh Metal site since it’s maiden voyage makes a triumphant return. The Klown is talking about vox/bassist Tony Campos. The bassist lends his vocals to “Dead On Arrival” which was not only a pretty good song but was really catchy to sing along to. “Into Darkness” features the band’s tender side but still bolster some aggression.

The album finishes with “Piece by Piece” which made for a great closer. It was melodic and it had some strong industrial influences. This album was a fantastic start for the collective and is sure to pick up some steam and exposure later on in the year. If you’ve never heard of Terror Universal or have not been properly exposed to Terror Universal to them then the Klown shall repeat the references. If you are a fan of Mushroomhead, Slipknot, Avatar and Fear Factory you’ll like them. If you need more convincing you can check it out on the label’s Bandcamp.

Meet the New Monsters of Metal!