Tribulation Come Back from Down Below

The Klown swears that we’re trying to get our shit together as best as we can. However, it’s hard to with last weeks pick since Ugh Metal has a crippling independent release and band fetish. This little number slipped from the overwhelming excitement. But now the Klown shall speak of this brand-new installment from Sweden’s own Tribulation. On that note, the quartet released their third installment Down Below via Century Media Records on January 26.

The contemporary begins with “The Lament” which starts off rather slow and picks up right before the minute. The track also contains a pretty awesome but mellow solo. The quartet taps into their prog side with “Nightbound,” “Lady Death” and “Subterranea” just to mention a few. “Purgatorio” is an instrumental intermission which was not only soothing but served as a great intro  to “Cries of the Underworld.” “Cries…” also featured some piano action to go along with their prog, black metal sounds.

“Lacrimosa,” much like the previous track,  features classical strings and finishes with some ambient piano sounds. “The World” goes all out with the prog influence and sounds reminiscent to that of Rush if Geddy Lee decided to sport some growling vocals, intermittently in the song. “Here Be The Dragons” has the song featuring an ensemble of both piano and classical strings and also incorporates the glockenspiel for some added measure.

The album closes with “Come, Become, To Be.”This album was pretty interesting and a good release. The album was well-rounded and featured an array of instruments to complement their sounds. The Klown would recommend this album for fans of Enslaved, Black Anvil and Morphesia. If you’re trve but like to mellow out, this album is definitely recommended. Check this album out on Spotify and get it here.

5 out of 6 This Album Has Surfaced from Below 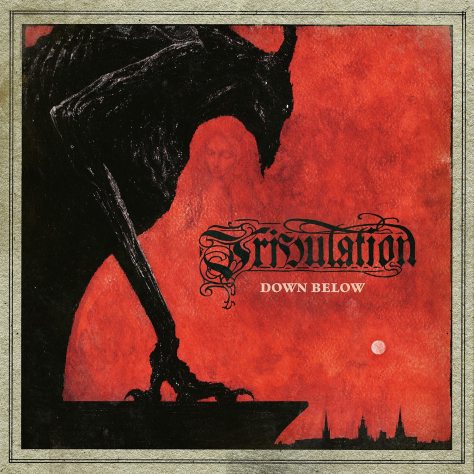 The name W.A.S.P. should be a familiar one. Especially when Glam comes to mind. The Klown remembers them because of an incident that happened to comedian Brian Posehn in his teenage years while approaching W.A.S.P.’s face Blackie Lawless. The short version of the joke is that he told a teenage Posehn to “grow some tits” when he approached Lawless with admiration. Anyway, the band famous for “Animal (Fuck Like A Beast)” has released a new one for its expanding discography titled ReIdolized (The Soundtrack to the Crimson Idol) via Napalm Records.

The album begins with “The Titanic Overture” which was rather tender and Lawless sports soft clean vocals. The album then picks up the pace with “The Invisible Boy.” “Chainsaw Charlie (Murders In The New Morgue)” was melodic and emphasizes a throwback sound and concept. “The Gypsy Meets the Boy” is one for the ladies and the softies which, as you may have guessed, was a ballad with a bit of oomph.

Lawless gives us heartfelt power ballads such as “Hold On To My Heart,”  “The Peace,” and “Miss You” which had an introductory track titled “Michael’s Song.” W.A.S.P picks up the pace and shows off some power metal influence with “Doctor Rockter” like that of Grave Digger. “I Am One” has the collective sporting sounds that simulate a live concert in case you ever wondered how they sound live, and features a soundbite of two British males speaking in cockney.

The album finishes with the longest track of the album “The Great Misconception of Me” which was another power ballad. This album was rather sentimental and very mature. This album is for the fans of W.A.S.P. and peeps that are really into ballads. If you fancy yourself a fan, you can check it out on Spotify or go to the label’s Bandcamp.

4 out of 6, Still Dunno What the Acronym Means 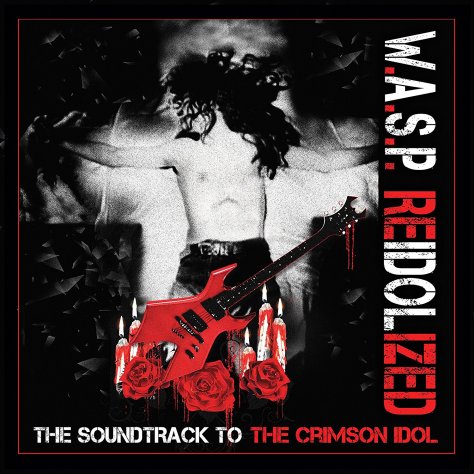 Can you name another band that came from Washington D.C. that’s not Darkest Hour? If you name anything but Genocide Pact then you are more knowledgeable than the Klown in that regard. The trio known as Genocide Pact have now released their sophomore album Order of Torment through Relapse Records. Unlike Darkest Hour, this trio takes a step further and give you a full dose of death metal.

The contemporary begins strongly with “Conquered and Disposed” with some brutal and heavy riffs, and growls from Tim Mullaney. Bassist Michael Nolan and drummer Connor Donegan compliment this track with their respective heavy but groovy bass riffs and fast-paced drumming. The song would immediately transition smoothly to “Decimation Grid” and “Spawn of Suffering” which contained a lot of hardcore influences accompanying the trio’s brand of death metal.

“Pain Reprisal” was much like the previous tracks but melodic by comparison and had a long but awesome solo which closed the song perfectly. “Ascendancy Absolved” continues Mullaney’s mastery of the ax from beginning to end. The album concludes with “Blood Rejection” which ended the way it began but somewhat slower. There’s not much else that the Klown can say about this album other than it was pretty good to listen to, and definitely worth your ears if you fancy yourself a huge death metal fan. Check it out the in the band’s Bandcamp for further convincing.

5 out of 6 No Pact Necessary to Listen 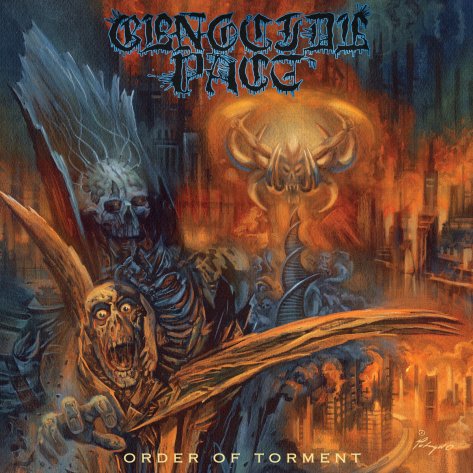 The Klown has done it again… this time. He has fulfilled the salacious kink of Ugh Metal in the form of an independent act. Of course, the Klown is happy to briefly fill you in on this group. Hailing from the land of Brie cheese, baguettes, and wine is the quartet that is known as Bomber. Although the band was found in 2013,  they are picking up steam with their thrash metal/crossover, and as we all know the journey to the first album isn’t usually immediate. With that said, the French quartet has now released their first album titled Sommation.

The inaugural record starts off slow but then becomes explosive with “Bombarded.” At first, the skinsman Romain Ircio opens the track with some slow drumming and cymbals clashing accompanied by intermittent guitar riffs in the first minute. After the first minute, the band lets loose some good ol’ fashioned thrash metal reminiscent to that of the Bay Area variety. The track features a great solo with Jürgen Wattiez showing off some vocals that closely resemble James Hetfield (as if the Klown needs to say where he’s from).

They continue their bombardment with “Damn Negative” and adds some speed into the mix. “Demolition” and “League for Cancer” would feature Hugo Belval’s deluxe bass play as a solo. The collective really picks up the pace with some speed thrash metal once “Pride of the Burglars” begins which is filled with awesome drumming, great riffs, and some killer solos.

The album finishes with “Assembled to Thrash” which continues this band’s thrash masterpiece. As you can tell the Klown enjoyed this album very much and was surprised. Lend these guys your ears especially if you fancy yourself a fan of thrash like the legendary Metallica, Testament, Slayer and Stormtroopers Of Death. Check it out on Bomber’s Bandcamp if you need a proper nudge.

6 out of 6 Guaranteed to Blow Your Ear Drums 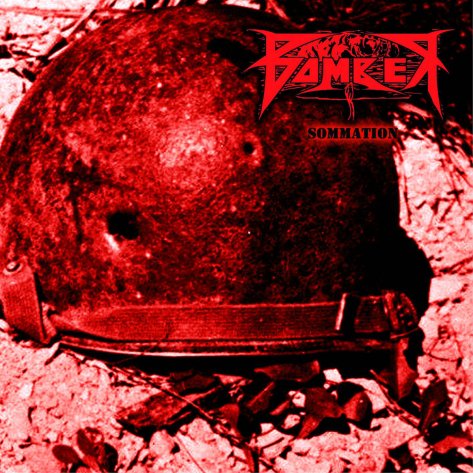 Saxon Surges with A New Album

The name doesn’t need an introduction at all. Seriously, the band is an underrated legend when it comes to the New Wave of British Heavy Metal. Nevertheless, the quintet known as Saxon have returned and have awarded the masses with a new one. After all, that is what legends do am I right lads and lassies? The contemporary is titled Thunderbolt and was released through Silver Lining Records.

The latest starts rather epically with the introductory track “Olympus Rising” and then transitions to “Thunderbolt.” The latter brings back the sounds of NWOBHM in full force and reminds you why Saxon is legendary. “The Secret of the Flight” was one of the Klown’s favorites in this album. The song was fast paced and featured guitar solos from both from Paul Quinn and Paul Scarratt.

The band gets epic and shows off some power metal inspiration and gothic undertones with “Nosferatu (The Vampire’s Waltz). The Brits continued with more of the power metal style with “They Played Rock and Roll” which sounded like a throwback to that of Helloween. The Klown’s other favorite also happened to feature the Viking king of Amon Amarth known as Johan Hegg. Hegg lends his powerful growling vocals for the track “Predator.” The collective ride the Viking high and pay homage to their heritage with “Sons of Odin” which was a song that was infused with Scorpions style of metal. The track was a perfect anthem that will prepare you for the fruitful afterlife in Valhalla.

Saxon goes in for the kill with the awesome and fast-paced “Sniper.” They one-up the power metal influence with “A Wizard’s Tale” and really go all out with the guitar riffs and solos. Saxon manages to show off some thrash metal similar to that of Overkill and made a really awesome surprise which has dual guitar solos from Quinn and Scarratt, and powerful drumming from Nigel Glockler. The band finishes this electric release with a song for the unsung heroes of our beloved concerts in the form of “Roadie’s Song.”

The bonus round for those who got the vinyl version received a raw version of “Nosferatu.” As you may have figured out by now the Klown really enjoyed this album. In fact, he almost talked about the entire album. If you are a fan of the NWOBHM, power metal or just a fan of Saxon it is a must-have. Lastly, check it out on Spotify or just take the Klown’s word for it and get it here.