Lüüp’s Contemporary is One for the Faithful

The Greek collective known as Lüüp isn’t exactly a household name but it is a name that gets tossed around within the darkwave/chamber music circle. Lüüp also has been in a 5-year hiatus prior to the release of their current album, Canticles of the Holy Scythe through I, Voidhanger Records. This third installment from this collective is rather interesting in terms of it being prolific as it features an array of special guests that are mostly Greek musicians.

The album begins ritualistically and artistically with “Γιατί Είναι Μαύρα τα Βουνά (Why Are The Mountains Black).” It features an display of vocals accompanied by an ensemble of pianos, some of which sounded out of key. Regardless of how they sounded, the Klown felt eerily soothed. The track is then followed by “9°=2° (Κόγξ ὀμ Πὰξ)” which featured vocalist Sofia Sarri doing some vocal work to the sounds of the cello which made the dark song seem intimate.

Rotting Christ’s frontman/guitarist Sakis Tolis also makes an appearance on the album. Tolis’s services are featured in “The Greater Holy Assembly (Ha Idra Rabba Qadisha),” which in Rotting Christ fashion, felt ritualistic but tamer and revolved around the sounds of classical strings, and some sound effects. “Stibium (Triumph Of Death)” features Thorns’ vox Bjørn “Aldrahn” Gjerde  where he mixes some operatic baritone vocals with some harsh vocals in between.

The album caps off with the ambient “Зона (Mors Consolatrix)” which features singer Anna Lindrou. The piano, Lindrou’s clean vocals, and the faint samples of church bells were real soothing making it the perfect ending. This album came out of left field and was well composed, and it felt more like an opera or a dark play turned into a musical. If you want to get out of your comfort zone and try new things check this album out in the label’s Bandcamp.

5 out of 6, The Greeks that Bear Gifts 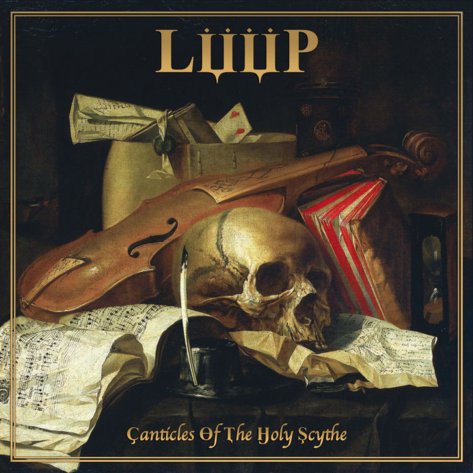 Let’s face it, if you dabble in symphonic Goth metal then Germany’s Schwarzer Engel should ring a bell. The lone wolf known as Dave Jason has been in somewhat of a roll ever since his 2010 Apokalypse debut. In lieu of another studio album, Schwarzer Engel has released their EP Sinnflut through Massacre Records.

Sinnflut opens with the title track which starts with the sounds of a pipe organ, and it is then accompanied by some steady drum beats that go along with Jason’s baritone, auto-tuned vocals which are complemented by some keys.

“Futter Für Die See” which translates to “Food for the Sea” features more of a melodic Goth song that features a men’s choir to take over the chorus. The choir serves well as part of the foundation for the song and is a key element that enhances the implied intimacy. The EP also features former Oomph! live backing vox/keyboardist El Friede doing a piano version of “Requiem.”

The album caps off with “Sinnflut (Club remix) which was catchy as hell and featured some samples and synths to give it a slight difference. If you are a fan waiting or just want to dabble, the Klown recommends you give it a listen. If you’re uncertain, the Klown would recommend this for fans of Gothminister, Deathstars and Oomph! As always you can get a copy here. 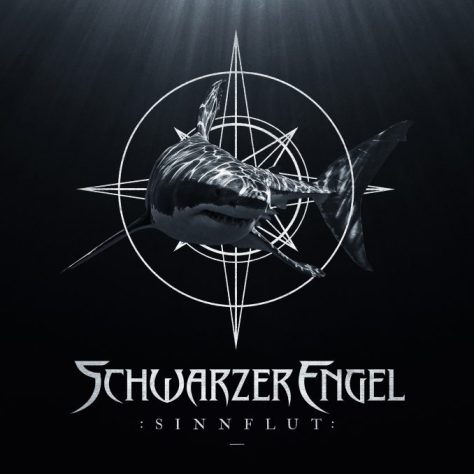 The Finnish black’n’roll band known as Kuoleman Galleria are a bit of a rarity in the States, to say the least. Nevertheless, the Klown has found the Finnish quartet’s sophomore album titled Pimeys Saapuu Pohjoiseen through Inverse Records. The album starts off with “Pimeys Saapuu Pohjoiseen” which at first takes a maritime approach with the samples of seagulls crying, and has the accordion playing. The track immediately picks up the pace after it transitions to an awesome breakdown which presents the sounds reminiscent to that of Varg but with black metal elements, and features a chorus to accompany frontman/bassist Kimmo Jankari’s harsh vocals.

The Klown really took a liking to “Hännystelijät Helvettiin” and “Materian Omistama” aside from being really catchy, it gives the impressions of the sarcastic features that Kuoleman Galleria loves to boast about. The Klown’s favorite songs are like listening to Ghoul but a bit faster with catchy chorus lines, and with harsh vocals that ironically sound friendly.

“Nuorallatanssija” and “Kurjuuden Kierteessä” feature more of a 1349 element but in Finnish and fewer bass drumming. In “Vainajan Virsi,” the band tones it down a bit by showcasing some acoustic and Jankari sporting clean baritone vocals with samples of the violin. The song would also feature some Finnish spoken word and multiple breakdowns to remind you that they’re still metal.

The album ends with “Mieleen Haudattu” which seemed to take a complete black metal approach and has sounds similar to that of Watain’s. This album was great and really features black metal in a different style. The Klown recommends this album for fans of Watain, 1349, Mayhem and Taake. You can check this album out on Spotify or take the plunge and get it here. 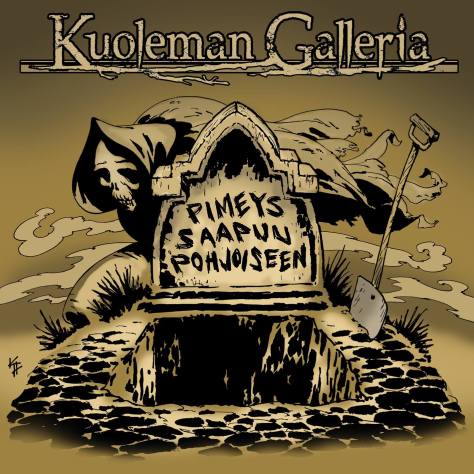 I’ve spent many sleepless nights wondering what the meaning of life is and how a band would sound like if it had some members of The Haunted, Demonoid, Suffocation, and Aeckel? Trick questions! Everyone knows that the answer to EVERYTHING is my personal favorite, the classic “All of the above, except for Wednesdays” AND  that there is a supergroup that has all these members rolled up in to one band. That’s right errrrone, and that band is called Feared and they have independently released their 8th studio album called Svart.

Drummer Kevin Talley and vocalist/guitarist Ola Englund not only produced this album but they create a fitting and powerful intro for the first track “King of the Dead” by infusing their respective skills. Talley lays down the foundation with a steady tempo that builds anticipation while Englund gives us a series of calculated riffs that emanate an ominous presence of their own. You will tremble with intrigue and excitement when you hear this first track gallop in and you will want to keep diving into this pit!

Englund makes sure we hear him roar in the Lamb of God-esque “Hate Mantra,” “Engines of Death” and the band as a whole are sure to give the vocalist’s voice decibels its run for its money. “The Mare” will strike fear into death itself especially after it hears the atmospheric riffs grow louder and stronger, and…YOU DED. Because following this track anywhere is the only thing that makes sense. Feared has delivered a fierce new album that feels darker and a more ominous than their previous releases and lives up to the album title. Svart ain’t playing around, but you can play this album on Spotify and get your copy here. 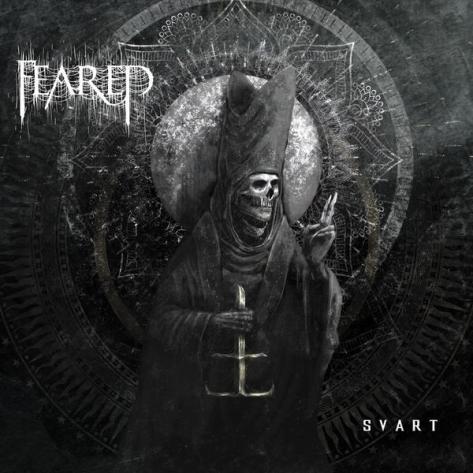