A Note from the Klown: Dudes and dudettes, who are incidentally still keeping up with this shit show, thank you for your patience. Although I can’t speak for Jenny Oh, the Klown has gotten through an employment change as of late and those parties aren’t gonna entertain themselves! However, due to the incentive of money this sack of fun forgot to hit “submit” to give you his two cents on the August 5 trials. So without further ado here are all the trials!

Necromancing the Stone produces a Jewel not Vile

Necromancing the Stone has risen with a full length studio album Jewel of the Vile! Vocalist/rhythm guitarist of Arsis, James Malone joined forces with former The Black Dahlia Murder bassist Bart Williams and the ex drummer of The Absence Jeremie Kling to creating this power metal odyssey. Necromancing sprinkles elements of Black Dahlia and Arsis in this epic and melodic ride. Williams lays down great melodic and ghostly vocals that will haunt your ears in a good way. To cap this review off and give a better perspective, if you are a fan of Trivium and God Forbid it is an enjoyable album. Those who aren’t in to melodic thrash or metalcore, than this will not be worth your time.

Carnifex’s Slow Death will keep you living with latest!

Fellow San Diegans, Carnifex, have unleashed their sixth album titled Slow Death. Returning from their two year hiatus, this album has the makings for a revival instead of a death! The opening track “Dark Heart Ceremony” is a brilliant set up and hook for the album by reminding you that melodic can also contain other musical elements such as a piano. The track “Slow Death” features some of the cleanest vocals that Scott Lewis has ever sung. “Drown Me in Blood” conjures up elements of black metal tracks reminiscent to that of Dark Fortress or Dark Funeral. Simply put: this album is….. dare this Klown say…. A MASTERPIECE! 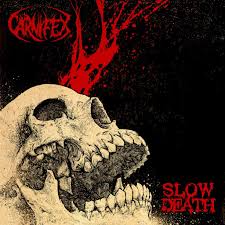 If you ever wondered what tapping into the spirit of Janice Joplin would sound like, this is the band that would do it for you. Maybe the Joplin statement is a bit of a stretch but these psychedelic Swedes’ sophomore release Lady in Gold serves a good reminder: the spirit of rhythmic blues and psychedelic rock and their death was greatly exaggerated. Ellin Larsson’s vocal will hypnotize with her voice which is fueled by a gospel style chorus like in “Little Boy Preacher”. The track of the namesake album, “Lady In Gold”  is definitely a good hook to get you going and keep listening to this flower powered album. For those who are total suckers for ballads will rejoice with “I Felt A Change” for a ballad it is rather upbeat and very rhythmic.

The kings and queen of Transylvania County, North Carolina are back after a two year hiatus. Their latest, Lovely Sort of Death, produces a nice blend of doom and 90’s gothic sound which is perfectly displayed in “Light Come Alive”. Their current single, “The Reaper Comes,” gives you a reminder that they are primarily a doom metal band with psychedelic undertones. The tracks “Stoke The Fire” and “Astral Traveler” brew a perfect mix of rhythmic, doom and psychedelic elements providing an excellent blend of sounds. These two tracks are good anchors to get you completely hooked on this album.

Metal Allegiance Will Definitely Unite Us

The highly anticipated EP album has finally come out and it does justice for our fallen metal gods. Troy Saunders of Mastodon does a great job tapping in to his inner Lemmy Kilmister for his take on “Iron Fist”. Mark Osegueda of Death Angel gives David Bowie’s “Suffragette City” an awesome thrash metal twist. Alyssa White-Gluz channeling her Glenn Frey, with a twist of her own, does a groove style version of The Eagles’ “Life in the Fast Lane” making it enough to leave one wondering what if The Eagles had gone metal under the groove banner? Fallen Heroes is exactly the homage that totally makes God and Satan unite together under a single banner of heavy metal. 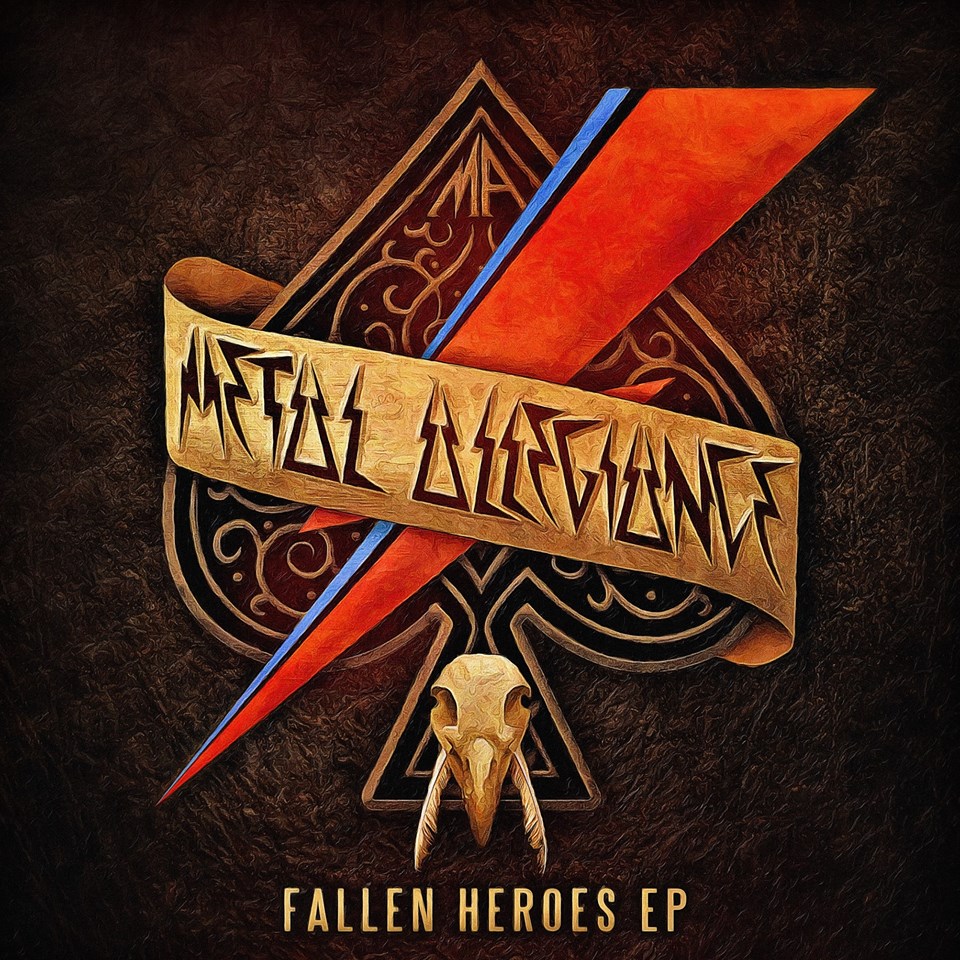 Cover for the brutal tributes to the fallen metal gods.

German gothic metal band, Lacrimas Profundere have returned after a three year hiatus and released their 11th full length album. Their current album Hope Is Here brings out a late 90’s nostalgia resembling the love metal gods HIM and industrial metal band Eisbrecher. The track “Aramis” is the embodiment of this gothic time capsule whereas “The Worship of Counting Down” shows a more modern sound to the gothic sound. “Pageant” is a pleasant surprise with a  new twist to this band’s motif and introduces a bit of blues. Rob Vitacca’s vocal will have you entranced, especially when paired with both Oliver Nikolas Schmid and Tony Bergers keyboards and guitar riffs. This current album is worth your time and shows no signs of the band slowing down.