Note: It seems that the world is getting crazier and crazier by the days. As in the crazies are out and about and trying to kill our mellow. On that note, our deepest condolences and our thoughts are with our Swedish, Syrian and Egyptian peeps and anyone who has family in those places.

Bear Has Released Its Most Accurate Album

The Belgian quartet known as Bear has come out with its third installment titled III through Basick Records. How appropriate, right? This current installment has the band busting out the DJent style. The band kicks off their album pretty strongly with “Blackpool,” which the Klown can describe like a Norma Jean track with more chorus and edge. The band takes their sound down a notch in the track “Mask,” and sounds like a combo of Prong and The Dillinger Escape Plan. “Knives Are Easy” was a pretty good track to listen to which tuned made an ambient turn towards the middle feeling like an experimental version of Ministry.

Going back to the D.E.P comparison, “The Oath” had the Klown thinking that he was listening to a very edgy sounding D.E.P song. “Constrict.Construct” had a lot more punk-like influences and a harmonious chorus. The Klown is glad that this album wasn’t all over the place and remained rather consistent like some other DJent groups that he’s listened to. This album is a treat for those who enjoy the DJent brand of metal that is sprouting.

4 /6, Still Doesn’t Answer If They Shit in the Woods

Wear Your Wounds Has Debuted

If you love the hardcore icon Jacob Bannon, or his label Deathwish Inc, then this album is no surprise to you. For those who don’t know, the vocalist of Converge has now released his solo project Wear Your Wounds’ first album titled WYW. The Klown didn’t know what to expect he just knows that Bannon was going to be experimental in this side project and incorporate his piano skills. Bannon kicks off his brainchild with “Wear Your Wounds,” which sounded more like an ambient doom song with Bannon on auto tune. The piano in this track was a nice touch and gave it a nice harmonic and meaningful touch.

“Giving Up” was very harmonic, experimental and inspirational. “Iron Rose” starts off like a soothing but climactic revelation, morphs into a melancholic lullaby, and ambushes you with a sudden clash of drumming, cymbals and is topped with a sweet wailing guitar. Going back to the soundtrack type of song, “Hard Road to Heaven” definitely fits the bill for an ending involving a sense of relief or an accomplishment while “Best Cry of Your Life” ditches the piano away and brings us some good ol’ fashioned industrial similar to that of NIN. “Shine” brings back the piano and auto tune, whereas “Heavy Blood” sounded more like a song Warner Brothers should have looked into for their superhero flicks.

Lastly, “Goodbye Old Friend” was not only an appropriate ending but also felt like an ending credit track that highlights a sacrifice. This album was pretty good as far as experimental go because not a lot of artists can pull it off. After listening to this album, the Klown wouldn’t be surprised if Bannon were to one day take the same path as Trent Reznor and starts composing music for movies. 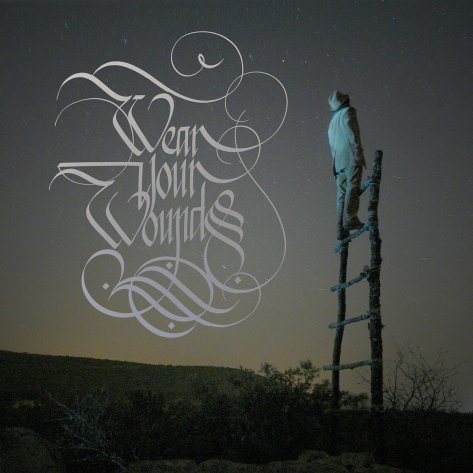 Deez Nuts Will Indulge You with Their Latest

For those who voted in the Presidential race, the name sounds familiar for all the humorous reasons. In fact that’s who the Klown originally voted for till the first clown president won and was sworn in! But alas, it’s not the same Deez Nuts. In fact dee nuts that the Klown will be talking about is the hardcore band from Down Under. The last time the Klown ever heard of doze nuts was when they were here in San Diego as an opener for Hatebreed in 2012. If you ever see them live, they are a treat.

And now onto their latest release Binge & Purgatory which came out through Century Media Records. Unlike the first time the Klown indulged on Deez Nuts (teehee), they seem to have taken a much serious approach. Their secondary track, “Purgatory” immediately shoots off testosterone the way most hardcore bands do. “Commas & Zeroes” is also pumped but contains a chorus and borderline rapping from vocalist JJ Peters, which the Klown definitely dug! “Discord” almost felt like a hardcore anthem and briefly features Sean Kennedy slapping the bass like it owes it money!

If you want to hear a “true” hardcore song, the band will treat you to “Lesson Learned” which starts angry and stays ansgry all the way to the chorus lines. “For What It’s Worth” and “Remedy” bust out some hardcore punk elements. This album felt like a pretty good comeback for the boys from Down Under. If you love hardcore than you will love this, no funning! 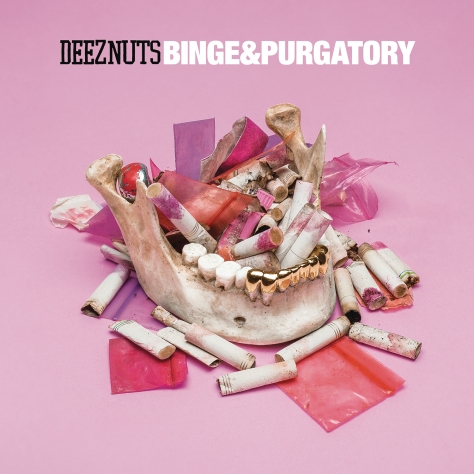 Prepare to Obsess Over The Obsessed

Doom legends are back with their first full length album since 1994! Whoa. After several compilations and live albums, The Obsessed make a strong comeback with their latest titled Sacred through Relapse Records and HALLELUJAH we believe! The Obsessed return full force with a fresher sound full vigor and full blown rock n’ roll!

The doom metallers unload their well paced tempo and riffs with “Sodden Jackal” and is cushioned by “Punk Crusher” which has a nice little build up and turns into a cool song you’re gonna wanna blast while you hit the road on your tric. The catchy as hell and current single “Sacred,” will make the devil do a sexy little dance and shake what its creator gave him!

“Razor Wire” will cut deep into your skulls and will set up shop in your brain, you WILL be humming this chorus. For the alumni of the school of Hard Knocks, “It’s Only Money” is the song for you, but if you want less sing-y and more play-y (?) vocalist/guitarist Scott “Wino” Weinrich, bassist Reid Raley and Brain Costantino’s drumming chops got you covered in the sweet ass jamming sesh in “Cold Blood.”  “Stranger Things” may not have Eleven making a guest appearance but it certainly gets so deep, you’ll see the upside down along with “My Daughter My Sons,” one of yours truly’s favorite tracks.

I can go over and dissect all 12 tracks from Sacred but hearing is believing! The Obsessed may have taken a 20+ break from the recording studio but it seems to have done them some good, not that they weren’t before. This album oozes cool and will create excitement to see what these gentlemen will do next.