The Dead Rabbitts Release in Time for Easter

The Phoenician trio known as The Dead Rabbitts has released their sophomore album This Emptiness through Tragic Hero Records. If you enjoy Escape The Fate, you’re in luck especially if you were searching for new material! “Burn It Down” starts off with metalcore of the ETF style and features an array of Craig Mabbitt’s vocals go from harmonic and clean to aggressive and screaming. “Fighting for My Life” gets a bit more melodic and features a bit of synthesizers and electronic sounds, making the song borderline DJent.

The following track, which the Klown thinks was about him even though they misspelled his name, “The Freak, The Creep, The Clown” was very harmonic and melodic and adds some more electronic sounds in the mix. “This Emptiness” has Mabbitt show off his clean vocals quite a bit, which impressed the Klown, but relax! Mabbitt does have some harsh screaming vocals towards the breakdowns. “D.O.Y.A.” seemed like it was intended to be a ballad and starts out with some piano and heavy clean vocals but switches to harsh screaming vocals after a heavy breakdown. The same could be said about “Suspicious” with the biggest difference being that Mabbitt’s vocal remained clean and no breakdown.

The Klown will admit that he rather enjoyed “Adrenaline” quite bit and really feature a sweet guitar solo by Bobby Whitaker. But alas, the Klown didn’t feel this album. The band was all over the place by wanting to experiment with electronic based music while trying to remain metal. 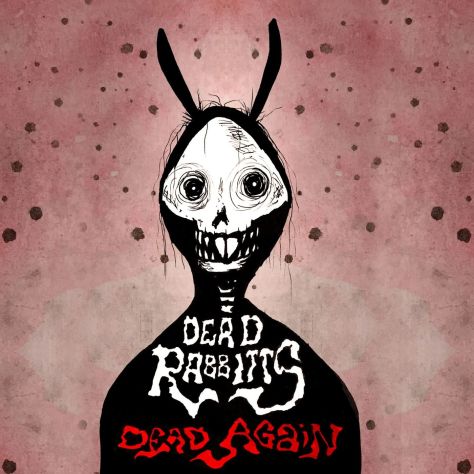 Hellripper Has A Bright Debut

The one man Scottish black speed piece known as Hellripper has graced the public with his debut Coagulating Darkness through the Barbarian Wrath label. Let the Klown say that “Bastard of Hades” immediately had this drunken sack of heavy consumption invested on this album and headbanging pretty hard (causing him to bop his head on his pc monitor). “Anneliese” not only was a great follow up to the “Bastard…” but also featured a really killer solo from James McBain. “Demdike (In League with the Devil)” was a great track and was more black-thrash like Witchery and Venom much like “Within the Everlasting Hellfire.”

“From Hell,” although it was more speed metal, it sounded like a collab between Motorhead and Witchery’s frontman Angus Norder. “Conduit Closing” and “Coagulating Darkness” were not only awesome but it sends the listener into some speed metal bliss… with harsh black metal vocals. Friends, this album is definitely worth your undivided attention. Speaking of which, you can check out this bad boy on Hellripper’s bandcamp.

6 out of 6, Hell Just Became as Bright as Heaven 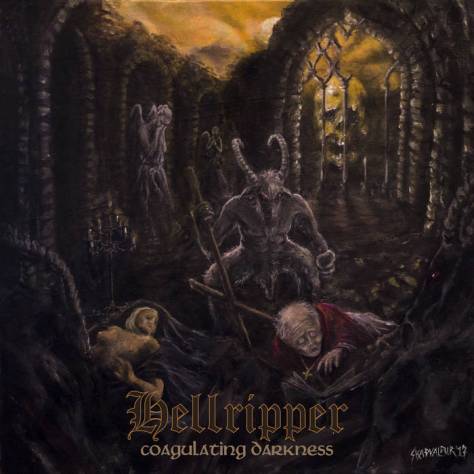 The Italian quintet known as Shores Of Null have released their latest album Black Drapes for Tomorrow via Candlelight Records. The album begins with the intro “Tributary Waters,” which smoothly transitions into the blackened doom song “Donau.” Which the Klown can say felt like a cross between Old Man’s Child and Swallow The Sun. “Tides Against Us” was a really good doom song of praise and features guest vocalist Carmelo Orlando of Novembre. The Klown could say the same about “The Kolyma Route” especially with the addition of a baritone church like choir chorus.

“House Of Cries” and “Black Drapes for Tomorrow” were also good doom tracks that featured backing vocalist/guitarist Raffaele Colace’s growls to add a bit of oomph with front man Davide Straccione’s harmonic and clean vocals. “Carry On, My Tiny Hope” aside from it being the Klown’s life story, it was awesome and had an array of harmonic backing vocals, the growl, some sweet guitar solos and did worked together very well. “We Ain’t Ashes” has Straccione take a complete back seat and allows Colace growl away for vocal duties. This album was freaking awesome and happened to make a fan of the Klown. If you love doom or “easy listening” type of metal with harmony and melody than this would be an album for you! 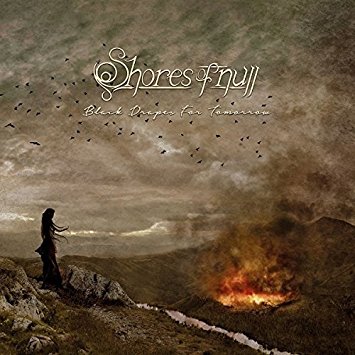 The German wolfpack known as Varg have managed to impress their faithful with their current EP Götterdämmerung which came out through Napalm Records. There are only four songs but this EP is much to talk about. “Götterdämmerung” ignites this EP with some speedy riffs from beginning to end, but settles down a bit in the middle with their chorus and add a touch of epicness right before the breakdown which can be heard in ”Hel” too. “Breissreflex” features some heavy Gothenburg death metal influence like that of Arch Enemy, the guitar solos are reminiscent to that of Michael Amott’s signature solos. “Knochenpfed,” although rather slow by comparison, felt more black metal much like Dark Funeral but also felt more like a sung narrative especially for those that speak Deutsch. The only problem the Klown had with this album was that it left him asking for more!

6 out of 6, Will Leave You Howling with Joy! 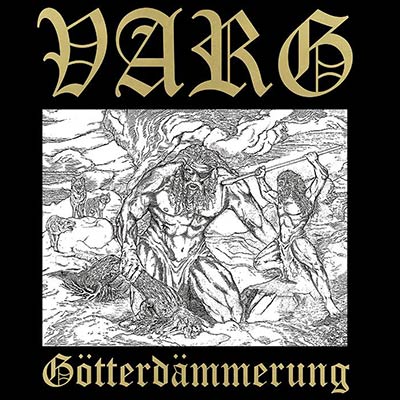 If Valkyrium doesn’t sound too familiar, don’t worry the Klown will fill in the gaps for you. These up and comers from the city of angels released their debut studio album on Feb.8 titled Reign Til Runa, independently. Although the Klown doesn’t normally rate late albums, this time he will primarily as a mea culpa to frontwoman/ guitarist Nikki Kegan ( whom the Ugh Metal team had the pleasure of meeting for some serious black metal fun at The Merrow, so stay tuned!).

Valkyrium starts off with “Son Of Odin,” which the Klown has to say sounded like a lost demo track from Russian power metal band Arkona (with Masha Arkhipova sporting operatic alto vocals instead of alto-soprano). “Valkyrium” and “Hero” take a black metal approach and has lead guitarist/backup vocalist William Cota’s growls take the lead, accompanied by bassist/backing vocalist Jenny Rose and Kegan’s harmonic vocals for a much needed womanly touch.“Reign Til Runa” will get you prepared for battle by dishing out some raw epic power metal and has both Kegan and Rose sharing vocal duties.

“Take The Chalice” took the Klown by surprise because the song begins slowly like a ballad accompanied by Kegan’s angelic vocals, and transition to demonic growling accompanied with pagan metal sounds. For the ladies and the soft hearted, “Meet Me in the Maze” is this band’s ballad in case you were wondering. Although the album is still raw, it’s still a great start. You will definitely enjoy this album if you’re into Arkona, Epica, Helsott and Within Temptation.

5 out of 6, The Valkyries Will Ascend Along this Debut! 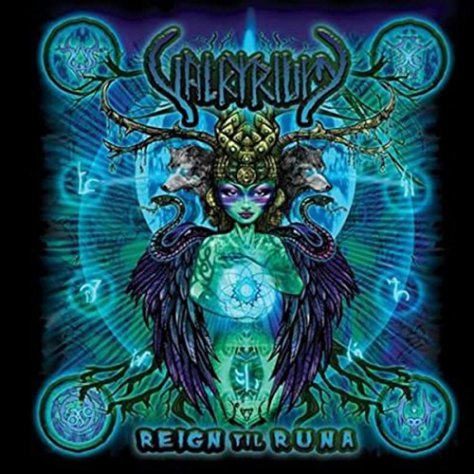