The gods of kvlt have risen from their slumber and have thawed out their first record in nine year. Nearly a decade later and Northern Chaos Gods jump out into our mortal world via Nuclear Blast Records. When word first came out regarding this release, the heat was on! And I’m not referring to this unbearable heat wave from the depths of hell! This is the first record without our fun loving black metal shredding panda known Abbath. Could Immortal possibly produce a great Abbath-less album? Would Immortal’s latest become an album we would all pray the sands of time would bury? Will this be an abomination that we would hope our minds would wipe it clean from existence?! Let’s find out shall we.

Immortal blast open The Wall and presumably charge in with the white walkers in tow with their title track and the appropriately titled “Into Battle Ride” bringing their A-game. Guitarist/frontman Demonaz and drummer Horgh double team in this invasion by sparing no one in these cacophonies of destruction. The duo press forward with “Gates to Blashyrkh” and once you set your metaphorical foot in to this “Gates…” there is no turning back because if that intro didn’t entice you walk deeper in to this fresh album, then the rest of this track will.

“But J-Ohster, I want something faster and cooler because it’s so damn hot outside! EEEEK! I know what you mean but don’t worry, I got what you need. Have you heard of “Called to Ice” yet? Well now you have! This track is not only brutal AF and as unforgivable as the tundras, but it’ll also cool you down because of the excess sweat on ya from all that moshing therefore cooling down your overheated body. SCIENCE. “Where Mountains Reign” recaptures the old school magick Immortal won us over with, hell you can even feel the arctic winds when you play this track. *Bundles up* Immortal are the kings of the North and certainly silence skeptics and shine brighter than the northern snow at sunrise. Abbath’s departure and their nine year break didn’t make these lads rusty, not one bit. Listen to the album on Spotify and get your copy here.

Four years ago we got lost in the Black Forest Metal with the industrial duo and all we got was definitely not a review. Ask and you shall receive! As in a review for Hanzel Und Gretyl’s latest album Satanik Germanik which was released via Metropolis Records. After settling in to this imaginary woodland area, we have gotten in touch with the elements and we’re all sorts of fucked up and spiritual in this one. What do I mean? I’m not sure… but allow me to elaborate.

The collective begin this unholy affair with the atmospheric and instrumental “Golden Dammerung” which is chalk full of traditional monk chanting (sorry if my ignoramus is showing), tribal drums. Its like you know a sacred trial is about to begin, too bad PE was never your subject. Better luck next time! If you’re diggin’ this mix, you have not heard the last of these enchanted chanters. Frontwoman Vas Kallas’s signature stubbly vocals greet listeners in the sly “We Rise As Demons.” “I Am Bad Luck” will put a spell on you once you let that alluring slow tempo and Vas Kallas soft words wrap it’s hands around your neck and you will take it because you want this psycho little track to feel better. *Catches breath* “Hellfire Und Grimmstone” will be stuck in your head long after you play the track not just because of that contagious beat/riff from Kaizer Von Loopy.

Now that Hanzel Und Gretyl have helped you find your center, they will pick up the pace with “Trinken Mit Der Kaizer (Die Bierz From Hell)” because even though we found our zen spot doesn’t mean we ain’t lookin’ for a good time! In “Weisseswald,” Vas Kallas’s bass creeps out into the introduction right before Von Loopy swoops in with his strings, let me have it! The album ends the same way it started, with a tinge of nirvana titled “Kinamreng Kinatas.” This finale has the perfect mixture of chanting, church bells and the steady paced metal elements from the duo.

Don’t be fooled by the Satanik Germanik title, sure the J-Ohster was expecting a brutal and face melting album such as their previous releases BUT that does not mean yours truly was disappointed. This record is an album has the perfect balance of zen and the heavy metal, it’s like the metalhead that found their happy place through metal yoga! Listen to the album on Spotify and get your copy here and see how you feel about it. 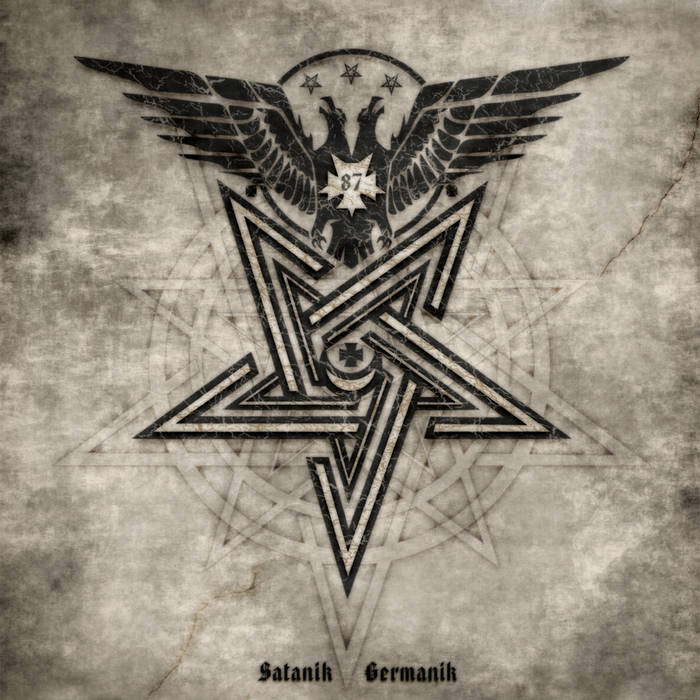 Vontrov Guide Us ‘Through A Once Closed Passage’

Local one man band and our First Impression alumni, Vontrov, will give us a new and full fix of black metal to calm our shakes. That’s right, no more teasing, no more (epic) EP’s but a whole and full length album titled Through A Once Closed Passage. Even though this independent album will not reign over this heat until July 27, talking about this debut was a must. Will front man/multi instrumentalist Arevera shimmer in this album? Will this Passage be the beginning of an unforgettable journey? Grab your witch, your lion and the Prince Caspian near you because we gon tear through this wardrobe!

Vontrov guides us deep into the darkness with “Wicked in the Eyes of God.” This track begins with a whispery growl that will slowly seep out like the Silent Hill mist and then BAM! Arevera unleashes his intro riffs and a steady but fast paced foundation courtesy of the drum tempo AND this is all before he unloads his signature thick vocals. Not bad, not bad at all. Another track with a great riff to hook you in is “Past The Jaws of Death” which is a predominantly instrumental piece, BUT you just wait till it approaches the end. “Legion” charges towards the horizon with a tactful pace and will surely crush anything or anyone that dares challenge them. “Omniscient Pt.1,” on the other hand, will gallop slowly before going straight to the jugular.

“Primeval Desolation” may have a tamer tempo, but this beastly track encircles around its listeners. Do you see what’s lurking in the misty shadow? It’s the title track guiding you back to the frosty light at the end of the forest in this relatively tame track. The LP concludes with an amazing cover of “Open the Gates.” Through A Once Closed Passage not only satisfies your craving for adventure, you wonder what kind of hex Arevera will craft next at his behest because he is the best. Shitty rhymes aside, this debut is only the beginning and what an introduction! Black metal fans will eat this up and even have casuals join the dark side. Be sure to listen and buy the album on July 27 on Vontrov’s bandcamp!