The Klown and his semi-likable sibling have had the privilege of seeing this Chi-Town trio perform at the Brick by Brick once. So naturally they must have had some albums because logic! On February 22, 2017 Hellfire Deathcult released their Death Worship EP Our Ancient Future Records. Allow the Klown to state that this album has Reyes Perez’s vocals giving you an idea how Satan would sound like if he stubbed his toe and will take you on a ride of pure adrenaline. No f’n joke. The following three tracks really stood out to the Klown.

Right after the introductory track “Prayer ov Unholy Black Death” the gloves come off. “Abysmal Hate ov Christ” features guitarist/vox Alejandro “Quetzalcoatl” Alcantara’s gnarly but brief guitar solo towards the end which came as pleasant surprise adding more character to the song. “Anti God War ov the Apocalypse” features E. Rodriguez’s cymbal clashing, Perez’s powerful bass and him sharing vocal duties with Alcantara. Although “Ov Death and Hate” is the final track , it does a good job leaving you wanting some more and looking forward to what the group may bring out next.  It is also worth noting that although Rodriguez’s drumming and cymbal clashing shined the brightest on this track, the rest of the guys don’t tread far behind.

This album left the Klown wondering how the band brainstorms for their ideas mainly because it felt like a jam session. The members worked off of each other to create the songs, leaving you wanting more. The Klown absolutely recommends these gents if you really are looking for some black metal of energetic proportions or if you need a soundtrack for summoning demons at your next exorcism. You can check these guys out at their bandcamp.

5 out of 6, This will make you workout like a DEMON!

The Klown has always liked the female fronted French ensemble known as Eths. The Klown was ecstatic and sad when their breakthrough III was released in 2012. Ecstatic because the group had signed with Season of Mist and were no longer a European exclusive act. He was sad because it was also the beginning of a long hiatus due to the sudden departure of front woman Candice Clot. Nevertheless, the Klown was shocked when Eths had another album out, he naturally wanted to check it out.

On April 22, 2016 the quintet released Ankaa and starts out strongly with “Nefas” by mixing some ambient samples with metal and having frontwoman Rachel Aspe doing justice to Clot’s vocal style. “Nihil Sine Causa” follows up powerfully by giving a heavy dose of metal featuring guest vocalists Jon Howard of Threat Signal and Sarah Layssac of Arkan.  Howard indulges this song with his metalcore vocals while Layssac softens things up with her harmonic voice. The song also features some electronic based sounds after the breakdown which would also be a recurring theme in this album.

“Seditio” gets experimental with the piano, heavy double kick drums from Soilwork’s Dirk Verbeuren.  Aspe adds her growling vocals into the reverb and dub step mix. “Nixi Dii” starts off really heavy and aggressive but tone it down a bit towards the middle with Aspe’s clean vocals after the breakdown, and turns it around with harsh vocals. This song gets a little experimental too with the use of samples of babies crying.

“HAR1” also features Ugh Metal’s most prolific, vocalist Bjorn Strid of Soilwork. Strid adds his distinguished vocals making this track sound like a Mushroomhead song, to the Klown anyway. “Kumari Kandam” and “Alnilam” will take you back to the classic sounds of Eths vocals and instrumentals without the samples. This album finishes with “Mintaka” which sound like classic Eths but with ambient tones added to signify the end.

This was all over the place but was still enjoyable and makes the diehard Eths fans understand why they needed to end the project. The band took a final bow on their final tour in May 2017 with the original lineup. You can check out this album on the label’s bandcamp. 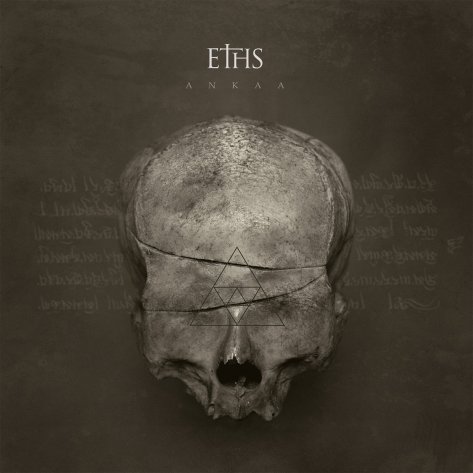 Our local quartet Temblad has graced the Ugh Metal site twice before this moment. Now is the Klown’s turn to  feature these gents again but this time we’ll talk about their studio album debut Nevercrown which they released independently on April 26, 2016.

The album starts off strongly with “Caress the Rabid” right after the intro called “Daesh.” Right from the beginning you know you’re in for a treat of the extreme variety. “The Murderous Fifth” gives you a bit of groove without straying away from their established sound. “Stratageddon” features  Lorenzo Kemp sharing vocals with drummer Marlon Matthew while he struts his kicks, cymbals, snares and all.

“Paralytic,” “Ship of Traitors” and “Mockery of the Fanatic” are the Klown’s personal favorite on this album. Aside from being really aggressive, it feature everything the band has to offer including Kemp’s vocals. “Seeding Derision” spotlights Kemp’s skills on the guitar by showing off some playful riffs that are reminiscent to local powerhouse Cattle Decapitation. The best part about this album is also the fact the Matthew and Kemp decided to include most of their 2011 EP Mockery of the Fanatic and finish strongly with “Geist.” The song had great and fast drum beats, an awesome guitar solo and leaves you clamoring for more.

The Klown can confidently say that he can’t wait till the next album is released. You guys should check it out especially if you like Decapitated, Cattle Decapitation and Norma Jean. Lastly, you can hear and obtain this album through Temblad’s bandcamp.

6 out of 6, This album will give you chills